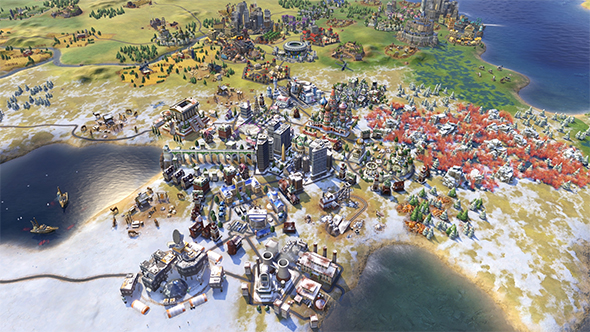 Before the days of microtransactions, we had DLC. And before that, expansion packs. Though game add-ons have gotten progressively more piecemeal over the years, those earlier models haven’t gone away entirely, with certain games sticking to traditional blasts of extra content. That goes for games like Civilization VI and XCOM 2, and it seems the folks at Firaxis want it to stay that way.

Find out everything we know about Civ 6: Rise and Fall.

The newly-revealed Civilization expansion Rise and Fall is one more example, and lead designer Anton Strenger tells Eurogamer that for everyone at Firaxis, “our love, our passion, and our expertise are in expansion packs.”

Strenger goes on to say that with heavily systems-driven games like Civ and XCOM, expansions allow for some deeper, fundamental changes to the core game systems, which aren’t possible with other types of add-ons.

Of course, Civ 6 does already feature a half-dozen smaller DLC packs with new civilizations and scenarios, but at least you aren’t buying fancy hats for Gandhi. Strenger’s comments are especially notable in light of Take-Two CEO Strauss Zelnick’s comments about how all the publisher’s games would feature opportunities for “recurrent consumer spending” in the future. Technically, Firaxis’s model still allows for that – it’s just a matter of quality over quantity.