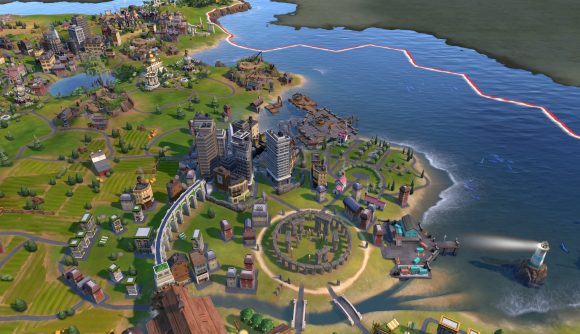 Civilization and Humankind are great historical strategy games, but can you imagine getting to play them as part of an official class? High school students at a school in Maine in the US don’t have to wonder, as these two 4X games are being used by their teacher for a class on world history.

Ryan Botting doesn’t completely let his students play games all day, but the flexibility offered by his state’s education system means he’s able to fold these games into his syllabus. “I use Civilization and Humankind in my classroom similar to how a teacher might use a normal activity in the classroom: to have students engage in the material we go over in the class and get them excited about learning,” Botting tells us.

“In the normal classroom we go over the primary theme of each era. Then, in the gaming portion they play a giant multiplayer game where they are given objectives of things their civilisation (or precursor civilisation) actually did in history. When students complete their objectives we go over them in class, using the real-life events as a case study to examine the primary theme of the era.”

You can actually find short, live explainers of Botting’s class and how it works over on TikTok, where he goes into some details about the class based on follower questions.

Botting’s overall goal is to be flexible: he offers both a traditional world history class and one that uses the games as aids. The students can earn the same credit through either depending on how they want to learn.

“What I’ve found is that this class attracts high-risk kids,” Botting explains. “The class generally attracts kids that hate school and are looking for an easy grade, but what I find is these kids work harder and care more than their traditional-learning counterparts. Their test scores end up being pretty similar to high-achieving students taking the traditional class, even though they take the same tests.”

Botting also tells us that representatives from both Firaxis and Amplitude’s social media teams reached out to provide extra copies of the game to help with the class. We reached out to both studios for additional comment but haven’t heard anything back at the time of writing, although Sega did confirm that it had provided humankind copies to Botting. 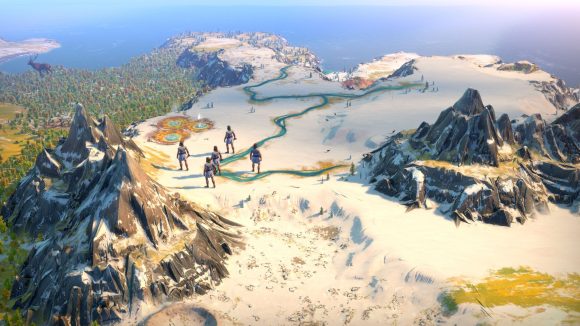 We asked Botting which of the two strategy titans he prefers in terms of teaching the class: “I really like that Humankind starts before the discovery of agriculture as a hunter-gatherer tribe,” he explains. “I also like that the culture changes over the course of the game, allowing them to take ownership of and personally examine every culture.”

The caveat with Humankind is that, because Botting sees it as a more complex game, he has to do a lot more explaining on just how to play in the first place. This is one of the reasons he doesn’t use things like Paradox’s grand strategy games, which on paper would also be a good fit. 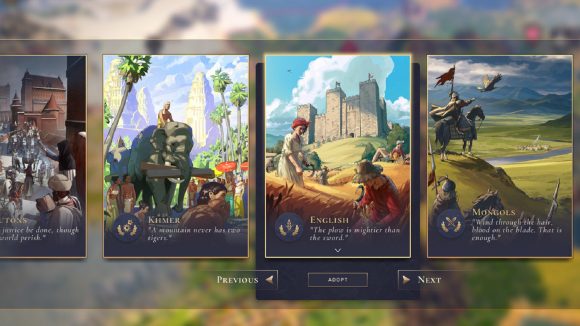 “I like Civilization because it is more simple and is pretty intuitive,” Botting says. “There is also a spectator mode which greatly helps with me examining the game and looking for objectives of case studies to teach. I also like that a true start world map is an option and with that and giving objectives to control land that a civilisation actually had, it creates more realistic geography.”

While Botting plans to use Civilization VI primarily going forward, it’s not without its drawbacks. Because it doesn’t start in the Neolithic age as Humankind does, Botting finds he has to do a lot of pre-agriculture teaching anyway, setting the scene before Civ starts in the Ancient era. There’s also the issue of the students being able to play cultures in time periods where they never existed.

Along with world history, Botting teaches economics and geography classes, and he’s eager to try and find games that can help teach those students as well. “I think using games to learn is the future of education,” Botting says. “Now, more than ever, kids are hyperstimulated all the time.”

“They have TikTok, videogames, music, chatting with their friends, and more all at their fingertips at any given second. The fact we expect children, without fully developed brains, to be able to put all of that away and focus on something they don’t care about for seven-to-eight hours a day and have them care about it and retain it is just ridiculous.”