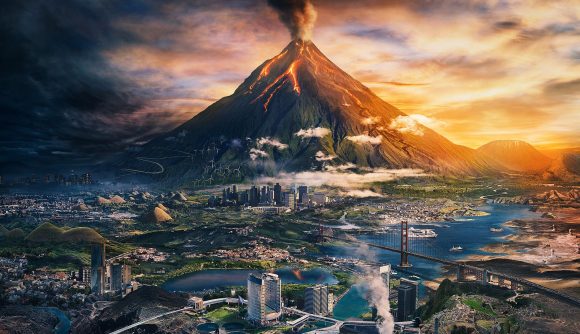 Here’s a link to the survey (via u/Atalanto on Reddit, who received it by email) if you’d like to fill it in. Its middle section presents a series of three possible DLC bundles – each varying across feature set, price, and release frequency – and asks you to pick your favourite each time. Presumably, Firaxis is gauging what it can deliver across different price points and matching it with audience demand. The text before each proposition includes the phrase “possible combinations of Civilization-style DLC/expansion features.”

Civ V only got two major expansions – Gods & Kings and Brave New World – and with Gathering Storm earlier this year, Civ VI has had its second, too. Since then we’ve had balancing patches, but little sign of any more substantial paid DLC.

Many fans had been sceptical that Civ VI would get another expansion given that its predecessor did not, but Firaxis has been cagey on the question. It’s also worth pointing out that Civ V went far longer between expansions – Civ VI is still less than three years old.

Replies to the Reddit thread suggest there’s plenty of enthusiasm for Civ VI to be further fleshed out, with suggestions including “corporations and economic victory”, refinements to the World Congress, and more alternate leaders for existing civs.

Interestingly this latter request is one of the features specifically polled in the survey, along with new maps, scenarios, multiplayer modes, and game content such as Wonders, units, improvements and so on. The phrase “we didn’t want to have disease yet” in a previous interview with PCGamesN also implies that Firaxis has plenty of ideas.

This survey is by no means a guarantee of a third expansion, but it does look like Firaxis is considering more or less everything. At the very least, it’s a strong hint that Civ VI is not done yet.