A huge, golden statue of Nikola Tesla sits proudly in the middle of the museum. Harsh spotlights bounce off the sculpture’s shiny forehead, brightening the room. It’s a bit gaudy for my taste, but the museum I find myself in is all about Tesla’s inventions. Portraits of him line all four walls, always dressed in a dapper three-piece suit. Tesla reading in a chair. Tesla gazing into the distance. Tesla rubbing his chin thoughtfully – I can almost see the equations whizzing around his head.

This display of arrogance would reveal any individual as an egomaniac, but in Close to the Sun, it’s also a humorous insight into the character of Tesla. The museum is full of pictures of his famous inventions, accompanied by voice recordings of him explaining each contraption. He cracks jokes about his experiments, tells little anecdotes about messing with his x-ray machine, and cheekily muses about his death ray.

But Close to the Sun isn’t a jolly history lesson about the life and works of Tesla. It tells the story of a powerful man with a worldly vision and how that dream slowly crumbled – a first-person horror game in the same vein as SOMA or Layers of Fear.

The story takes place in an alternative 19th century where Tesla was able to realise the potential of his experiments, his main project being the creation of wireless electricity.

Tesla tells anecdotes about messing with his x-ray machine, and muses about his death ray

In this universe, Tesla’s company supplies electricity to half of the planet, and he’s been able to carry out his experiments on his scientific cruiser – the Helios – with some of the era’s greatest researchers.

You play as a no-nonsense journalist called Rose who has been summoned to the ship by her sister, Ada. When you arrive in the metallic guts of the colossal vessel, it’s completely abandoned. As you continue to explore, it seems as if something has ravaged the ship and killed its residents, and there are hints of paranoia and espionage. 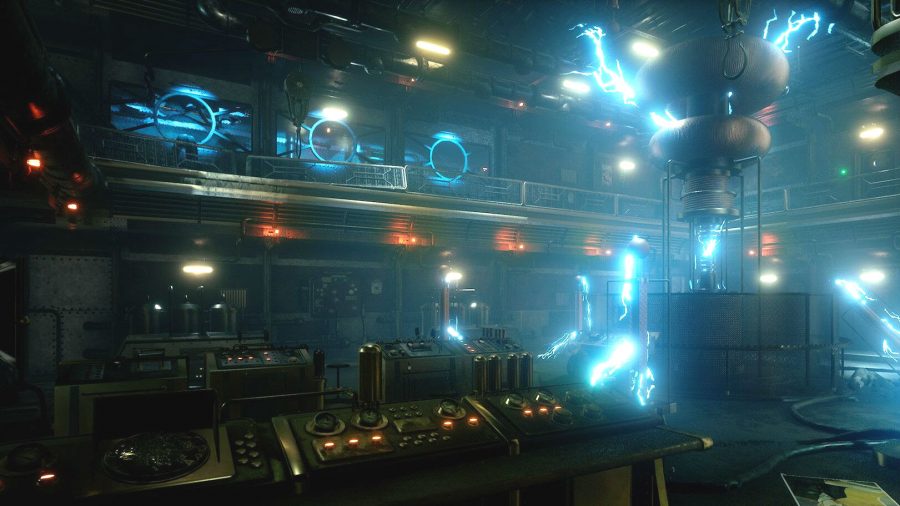 There are numerous newspapers, notes, and documents around the interior of the ship accusing Tesla’s organisation of kidnapping scientists and forcing them to work. Scribbled notes concern Tesla’s fears of spies, working for rival Edison, out to steal his ideas. Tesla was conducting experiments, and through accident or sabotage, something went wrong.

The corridors, research centres, ballrooms, and hundreds of other areas on the Helios are now empty – or apparently empty. You’ll see a door slam shut, or a shadow, indicating that there are still people scuttling around the ship. There’ll be moments when you see what look like ghosts of guests, electric spectres with fuzzy outlines. You can’t interact with them, and they can’t interact with you, but you can follow them and hear their conversations as they roam the massive vessel.

The setting has a striking aesthetic; the furniture and architecture adorned with gold. Coupled with the 19th century cogs and mechanics, the game is the perfect cohesion of art deco and steampunk. 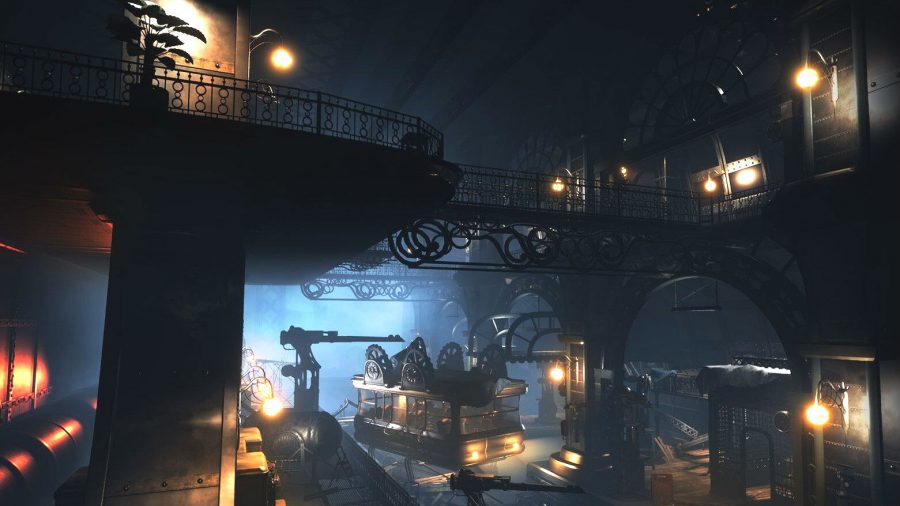 But under the bright lights and golden trim there’s an underbelly of rusted gears and goopy oil. Tesla has a number of dangerous machines, and as you explore the Helios, you’ll find clues about how the residents met their gory end. There are also hints that Tesla was dabbling in the science of time travel. It seems as though two alternative realities are colliding into each other.

It’s difficult not to write about Close to the Sun without mentioning the B-word. If its only similarity to BioShock was the decor then it wouldn’t be so obvious, but the game’s commonalities go beyond that. A seemingly abandoned complex, once home to the greatest thinkers and scientists of the world, run by a leader with a vision who thinks they can change the world? Ring any diving bells?

Close to the Sun has its own merits, however, rightfully separating it from its FPS counterpart. This is a thriller of intrigue and espionage, where Tesla’s character and inventions promise to hold your curiosity until its bloody conclusion.