You wake up confused – an amnesiac, vampiric being known as a revenant. All of your kind possess great power, but yours is greater still, as you can absorb further strength from blood. The world around you is in a terrible state; a strange miasma hangs in the air and turns those who inhale it into mindless beasts. A peculiar girl who is unreasonably well-endowed (the game is almost infuriatingly focused on titillation) tells you that she, too, has no memory, but knows she has to help you. That’s when it hits you; you’re in a melodramatic anime about vampires. Think Twilight but with sharper outlines.

You fight your way through a series of cutscenes and into the first dungeon, little snippets of lore dropping like breadcrumbs all the while. It turns out that, surprise, surprise, there’s a lot at stake. Eventually, you defeat the first boss and find your way to the hub area that will be your home. It’s full of NPCs and companions who help guide you, shops for upgrades and new equipment or items, and lots of emo rock. The game sets its tone early with a walk through a creepy hot spring accompanied by these lashings of overly emotional music and melodrama.

But Code Vein also impresses early on with its customisation options. Upon starting a new game you’re presented with a highly detailed character creator where you can do everything from changing your hair colour to the individual irises of your eyes and even your blood. You can then equip a wide variety of accessories, and the best part is that you can change all this at any time in the story, with the aid of a magic mirror.

Mutability isn’t just skin deep, though; the same depth is found in the combat and class-building systems. You unlock new classes – or ‘Blood Codes’, in the game’s terminology – by obtaining blood from other revenants or by improving your relationships with NPCs, while others are granted through story progress or boss battles. Your equipped Code will dictate your core stats, and you can switch between them at will. 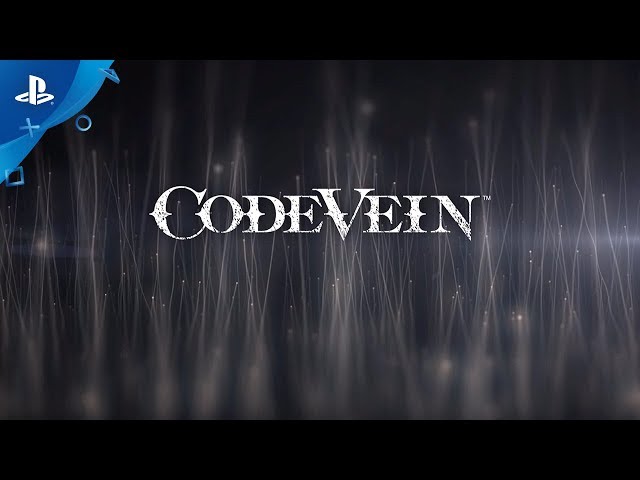 This means if you feel like being a warrior and wielding heavy weapons for one fight, then you can, and then you can switch back to a mage Code with no hassle. You do level up, but that’s all you do – unlike Dark Souls, you don’t specify stats to improve, you just level up, and the game handles it.

The character creator is easily one of the most robust we’ve seen in recent years. You can mess around with so many different things that you’re sure to be able to make the character you want. You can change everything from individual eye colour to the intensity of your hair highlights, so expect to lose a lot of time to it before actually getting into the game.

Each Blood Code levels up individually, and if you stick with one for long enough, you will master its ‘Gifts’ – the equivalent of magic and special abilities. Once mastered, you can then use these Gifts no matter which Code you have equipped. It allows you to mix and match things as you go, and it gives you a great deal of freedom in how you play.

As flexible as it is, a lot of this system is also obscure and unreadable. Much like your first playthrough of Dark Souls, it’s hard to know exactly which equipment is helping you and how, beyond seeing a bunch of poorly explained numbers go up. It’s deep, which is good, but also somewhat convoluted. 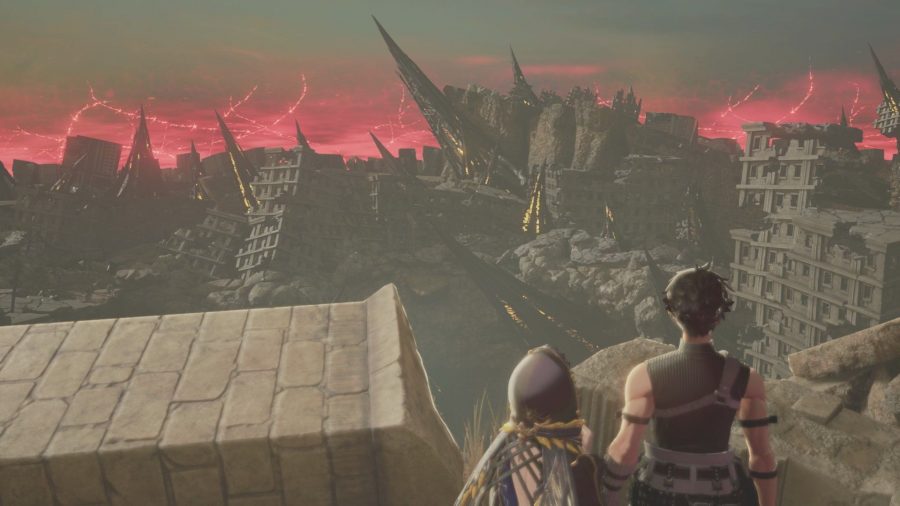 Some Blood Codes’ Gifts are locked behind Vestiges. You find these as you’re adventuring around, but they don’t just unlock new skills – due to your unique ability to assimilate these Blood Codes, you can explore the memories attached to these Vestiges, sharing the experiences of their owner. This is an elegant way to tell the backstory of certain NPCs, which often includes the most interesting lore about the world itself. It’s nice to be rewarded in both a gameplay sense and a world-building sense for your exploration, and it makes poking around the anthill-like world well worth it.

You’ll also stumble across maps to the Depths – optional dungeons that let you pick up some extra abilities and experience points. They’re a fun distraction, but I’ve had issues with the bosses within them. The first two Depths I came across had the exact same final boss, which also happened to be the first boss of the main game. It feels a bit cheap when compared to Bloodborne’s chalice dungeons, which are very similar in concept. 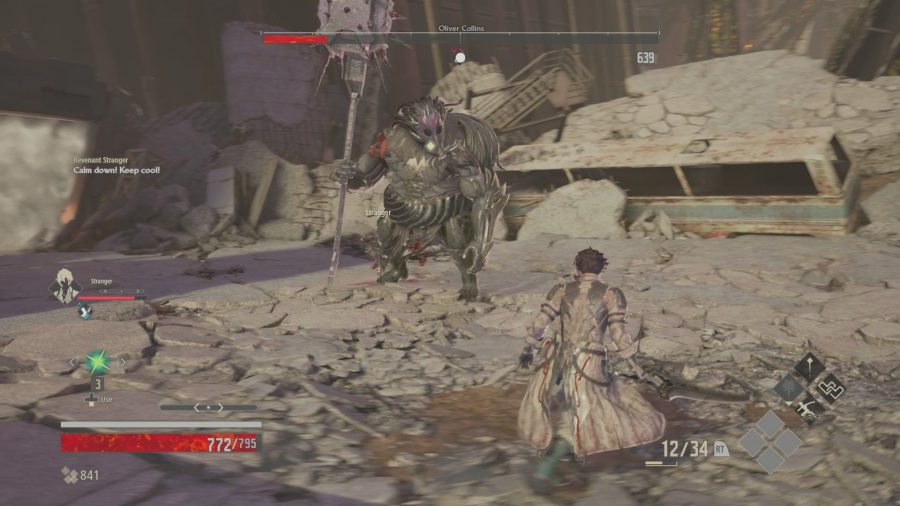 Combat is reasonably fast and fluid for the most part. Different weapon types have different move sets, so it’s important to try them all out when you pick them up in order to see what they can do. It’s the same with Blood Veils – these are magical coats that let you stab people with a long spike, maul them with claws, or other fantastical things. They also boost your stats and ability damage, and modify your parry, which differs in timing depending on which Veil you’re using. This is initially very frustrating, but it works quite well in the long run.

Many of the deaths you'll experience feel a bit cheap

Basically, you’re a lean, mean, blood-drinking machine, and one that will often run circles around your foes. So much so, in fact, that many enemies feel a little too easy, especially as you can bring a very capable ally with you if you choose. They hold their own in a way that few AI companions ever have, which may explain why a lot of the enemies you face feel a bit cheeky. They can shoot you from further away than you can shoot back, and they tend to hide unseen on a roof, or a wall, or off the side of a cliff. This makes many of the deaths you’ll experience feel a bit cheap, like for instance when the camera gains a mind of its own when locked onto a large enemy who then walks off a cliff and drags you to your death. It only happened once, but that’s once more than is ideal. 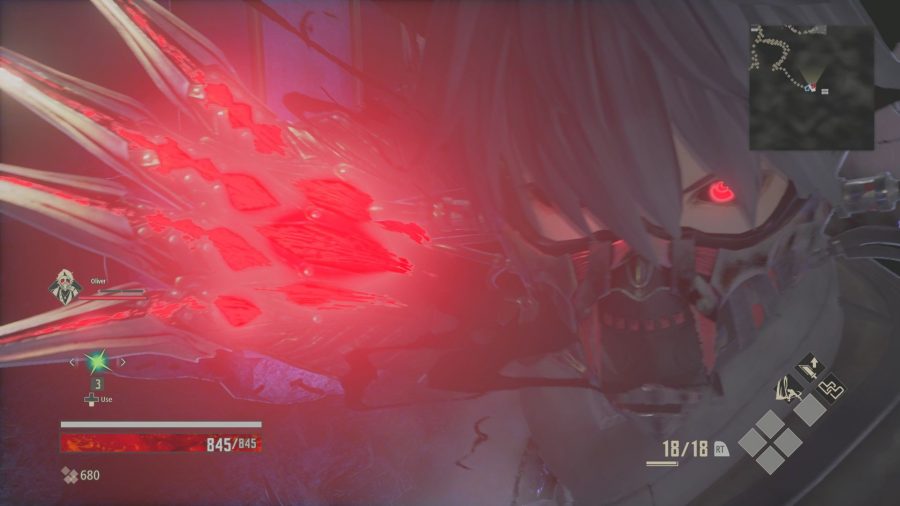 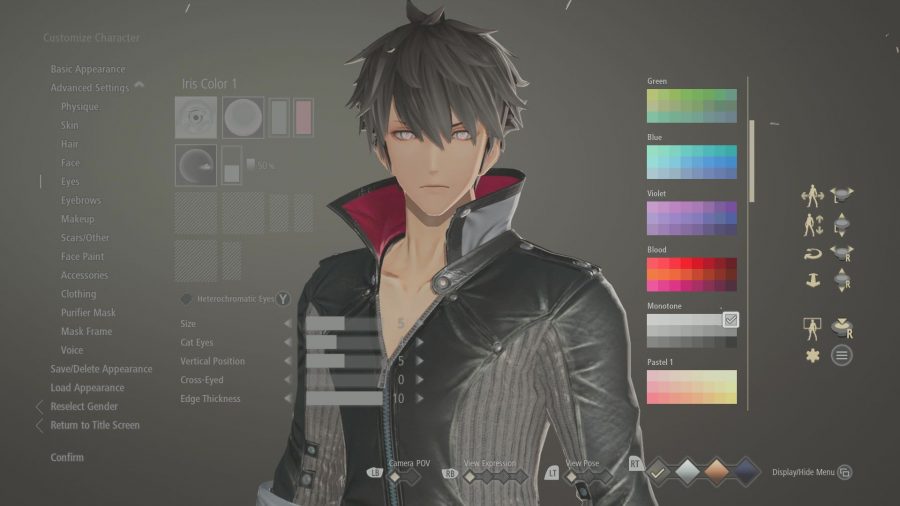 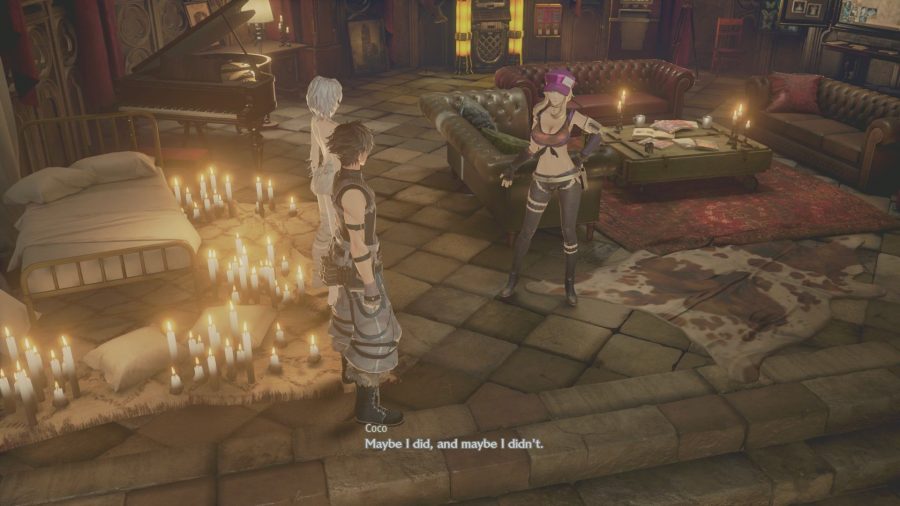 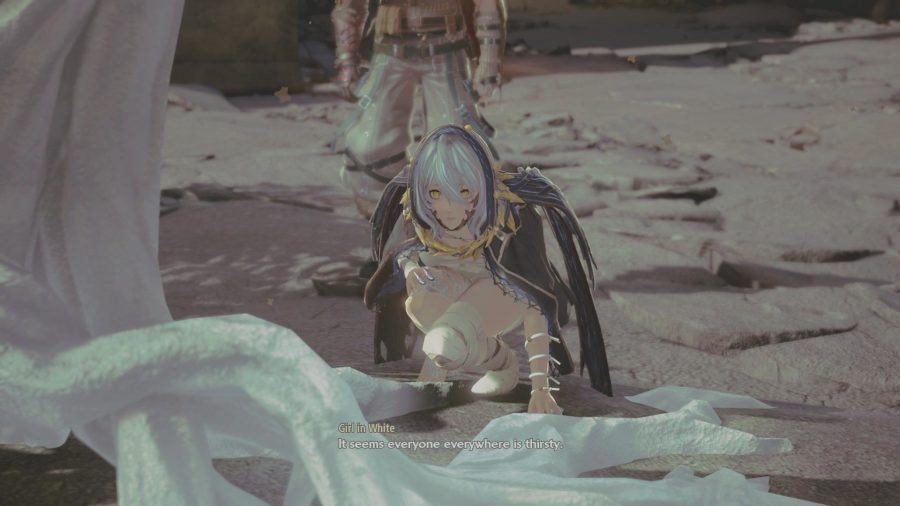 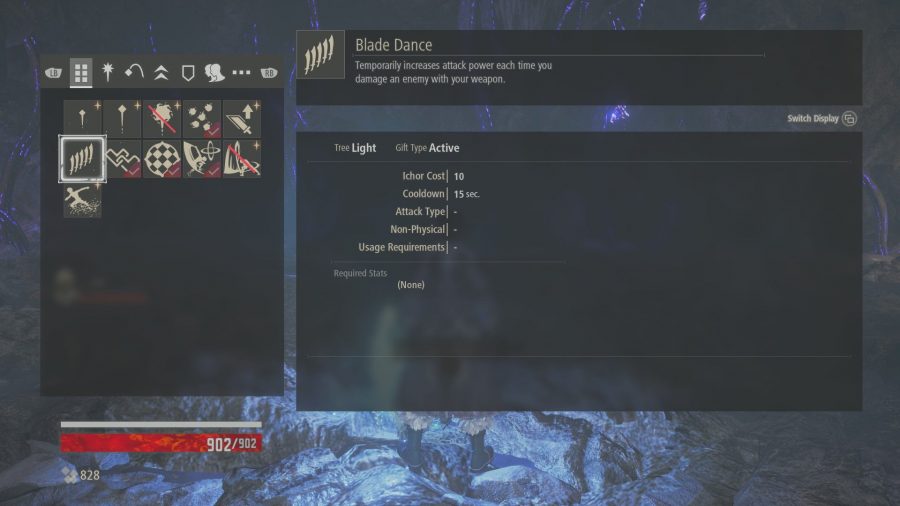 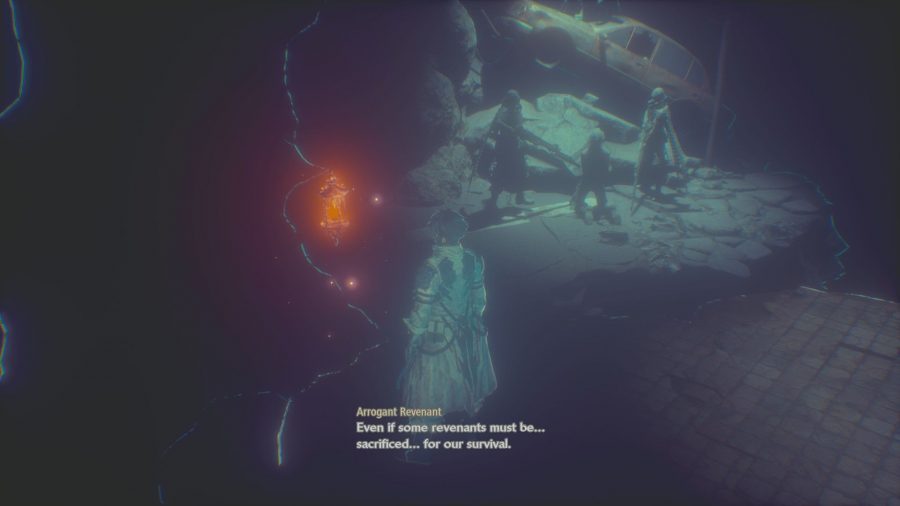 There are some other irksome tech issues that hamper the experience. Hitboxes can be a little funky in certain combos – the third hit of the bayonet light attack seems to hit or miss depending on how many press-ups you’ve done in the last 24 hours, or something. Similarly, the backstab attacks are wonky, perhaps in homage to Dark Souls, but wonky nevertheless. There are a few technical hiccoughs here and there too, like frame rate drops and textures taking their time to load in. It’s not game-breaking at all, but it’s noticeable.

Overall, Code Vein is a decent interpretation of the Souls-like formula. It lacks some of the nuances of more recent iterations in the genre, but it’s still a fun game. It’s also one that you can play with friends, and that does make it a lot more repayable than single-player-only affairs.

An unholy union of anime, Dark Souls, and My Chemical Romance, Code Vein is as much about style as substance. If that sounds good to you, then you're in for a treat, even if it lacks some of the polish of the genre's best.