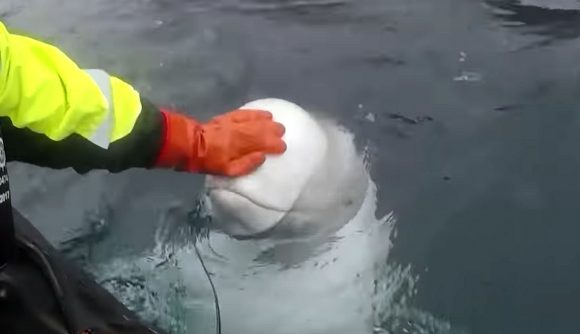 Command & Conquer: Red Alert 2 was fun. It had a banging remix of an already banging song by Frank Klepacki and reveled in the silliness of its premise, tone, and most of its weapons – including the Allies’ sonic-enhanced dolphin and the Soviets’ giant squid.

But those units weren’t actually as silly as they seemed. Dolphins in particular were really used (or should that be abused?) by both the USA and Soviets for military purposes, and it looks like modern Russia is still at it.

Last week, a group of fishermen had an ostensibly delightful encounter with a beluga whale off the coast of the Norwegian village of Inga, according to The Guardian. They say it was actively seeking their boats to try and pull straps and ropes from their sides, and seemed comfortable around humans. This suggests it had been trained. The proof of the link with Russia? It was wearing a harness, inside of which the words ‘equipment of St Petersburg’ were stamped.

You can watch the devious whale playfully lull the fishermen into a false sense of security in the video below. It’s sobering to think that just after the cameras stopped rolling, their boat was almost certainly rent in two by a sonic blast and the crew mercilessly devoured, most likely to cut off Norway’s fish supply ahead of an invasion. 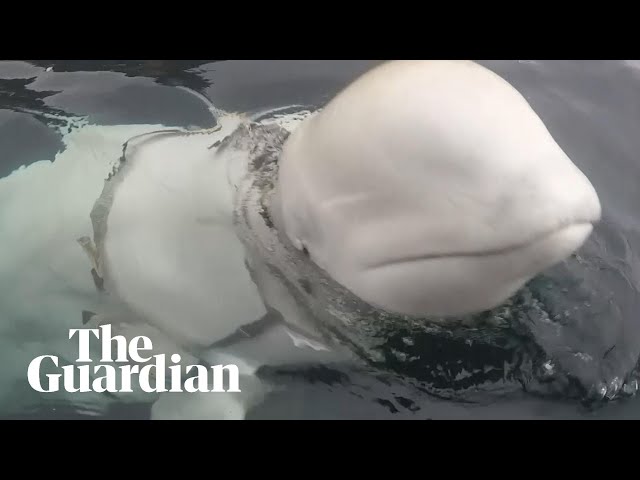 OK so that probably didn’t happen, but, er. Well, let me just quote the Guardian here:

“A 2017 report by TV Zvezda, a station owned by the defence ministry, revealed that the Russian navy has again been training beluga whales, seals and bottlenose dolphins for military purposes […]

“The recent research and training was done by Murmansk Sea Biology Research Institute in northern Russia on behalf of the navy to see if beluga whales could be used to ‘guard entrances to naval bases’ in arctic regions, ‘assist deepwater divers, and if necessary kill any strangers who enter their territory’.”

Yikes. Not so cute now.

Related: Red Alert 2 is one of the best strategy games on PC

If you missed out on the fun, Red Alert 2 is no longer on Steam, nor as an individual purchase on EA Origin. It looks like it’s only available as part of the C&C Ultimate Collection, which is included with Origin Access (basic and premier) or will set you back $29.99 (£24.99) as a single purchase.