I can’t name many sequels that altered the aesthetic and setting of their parent game so radically as 1999’s Command & Conquer: Tiberian Sun. The original Command & Conquer – sometimes called Tiberian Dawn – depicted a near-future conflict between the Global Defence Initiative (GDI), a world army with mostly familiar weapons such as the M1 Abrams tank, and the Brotherhood of Nod, a terrorist collective that eked out an edge through guile, unconventional tactics, and experimental technology.

The power disparity between the two was highlighted in the fact that Nod bought its weapons off-the-shelf and had them shipped to delivery runways by cargo plane, where GDI was able to build them in its own factories (and probably also in the fact that GDI was clearly the stronger faction with the easier campaign – multiplayer wasn’t really a thing and ‘balance’ had barely entered the gaming lexicon back then).

Set more than 30 years later on a planet transformed by the alien element Tiberium, Tiberian Sun is dystopian military sci-fi. Where the most futuristic elements of Tiberian Dawn were stealth tanks and laser-equipped guard towers, Tiberian Sun gave us mech walkers with railguns, sonic and tunnelling tanks, cyborg commandos with alien-derived plasma guns, and rogue AI.

Mirroring this tonal shift is the character of Kane, Nod’s enigmatic, sinister leader, played by Joe Kucan to the widespread delight of series fans. As the series itself hones its identity by embracing the more outlandish aspects of its fiction, so too does Kucan embrace the more outlandish aspects of Kane. In Tiberian Dawn he dresses in a simple black button-up shirt and, while he occasionally allows himself a cheeky evil grin, Kucan mostly plays Kane straight. In later games he’s clearly having (even) more fun with the role, stopping just short of twirling his goatee, while the hints that Kane himself might be something more than human become ever more overt. 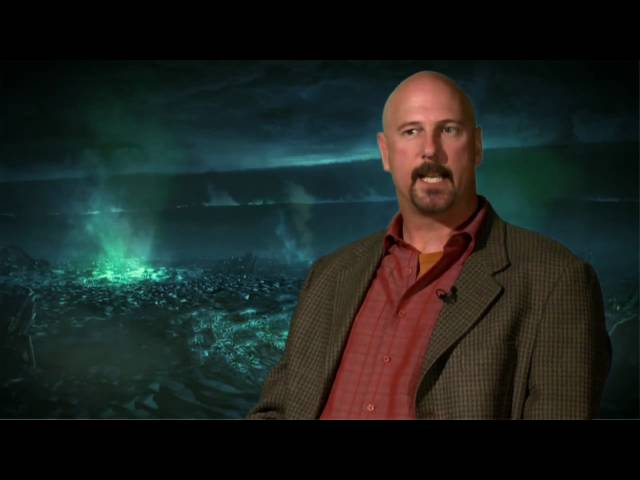 I’ve always wondered about these evolutions and how conscious was the process of moving the series and the character of Kane from where they started to where they finished. I had the chance to ask Kucan himself in the run-up to the release of the Command & Conquer Remastered Collection later this week.

“I don’t think you can create a character from whole cloth, and then step in and have it expressed immediately,” Kucan says. “I think it takes an evolution, not just in the development process and getting a number of games under your belt to get the idea of the character’s trajectory, but also – and honestly, this is probably gonna sound like pandering – I think there’s value in looking at what the players are reacting to: seeing what’s most appealing for the fan base, what sort of character traits, moments, and attitudes are resonating, and playing into that.

“I will pander like nobody’s business, I will pander from the moment I get up in the morning, pander all day, and pander right up until the moment I go to bed. When you use the word ‘franchise’ I think you’re sort of accepting that you have a fan base that you are, not just reliant upon, but in debt to. I feel that debt pretty strongly, when people tell me what their reaction to the character was, or what their reaction to certain moments in the game was. A lot of people’s first experience with this game, and with Kane, and with videogames in general, happened very young. It was back in the day when all this stuff was coming up, and the median age for gamers was 17 to 19. Relatively young. It wasn’t until the aughts when the median age for gamers – because they were growing up and taking their joys with them – became, in the 20s and early 30s up into the 40s.” 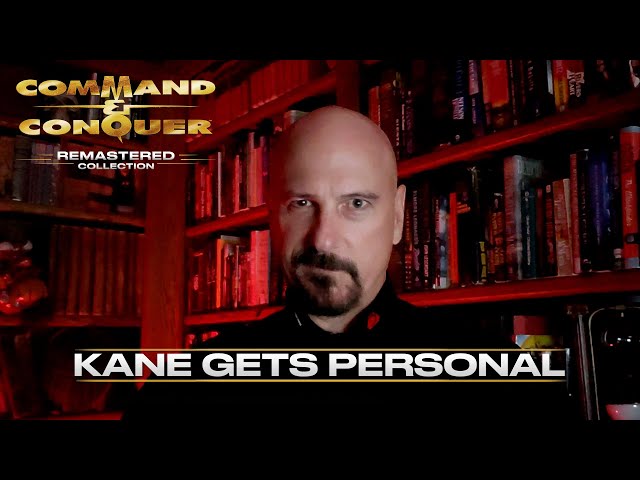 He calls it pandering, but it’s clear that this is important to Kucan, and rooted in a clear understanding of Kane’s relationship with videogame players as distinct from TV or film audiences. While he had “a lot of chats” about Kane’s backstory with Eydie Laramore, a designer at Westwood who built C&C’s fiction alongside Joseph Bostic and Brett Sperry, he confesses to struggling to take the role of Kane – “or anything much, really” – too seriously. (I bear witness to this when he suggests that his eternally youthful appearance throughout the series is because all of its cutscenes  through to Tiberian Twilight were filmed in one go in the ’90s.)

Feeling nostalgic? Check out the best classic games on PC

“It was always important to me to have a sense of humour. The work was serious, the production was serious, the idea of creating a world was serious, but it was difficult for me not to play up to the tongue-in-cheek attitude of the character, and to this notion that the player and I were going through the same thing together. We were sharing an experience, right?”

“It’s one person sitting behind a computer. This is back in the day when we weren’t even thinking about multiplayer – unless you had a LAN, it was all single-player campaigns – so I was very aware of me talking to this one guy, this one gal, this one player, and you treat an audience of one very differently than an audience of 500.

“You’re sharing something one on one as opposed to sharing something with a big group. ‘Oh, we all had this experience’, well, you didn’t; you had a different experience. Everyone who’s sitting there has a different understanding of what the Brotherhood of Nod or GDI is. I was at a conference once, talking about story, and someone’s talking about the original Doom and how there wasn’t a story. And I kind of lost my mind a little bit, I said ‘of course there’s a story, you just don’t know what it is!’

“Every player who plays that game knows who they are, they know where they’re coming from and what they’re doing. They know what their backstory is because they create it themselves – the game gives them an environment in which they can [do that]. So I wanted to do the same thing, [and leave] some of our questions unanswered so that the players could answer them themselves. I think that that sort of intimacy is what’s fun for players.”