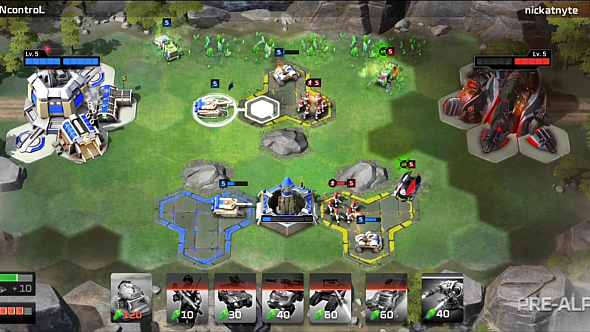 Command and Conquer, the iconic PC RTS that popularised one of the most influential genres of the ’90s, is now a mobile game named Command & Conquer Rivals.

Unveiled at EA’s E3 conference, the Global Defence Initiative and the Brotherhood of Nod will once again face off, but across a tiny, hex-based grid. Each side has a base, and will vie for control of a missile in the centre of the map. Possessing a majority of control grids will capture the missile for your side, and begin charging a meter. Keep hold of the missile until the meter fills to launch a missile at the enemy base. Two missiles will take out a base and win the match for your team.

Command & Conquer: Rivals will come to iOS and Android devices, and if you’re on Android, you can download it today.

To ensure you can find exactly what you are interested in reading, we’ve broken down our coverage in easy to navigate hub pages. We have a hub page for every E3 conferenceandevery E3 rumour.