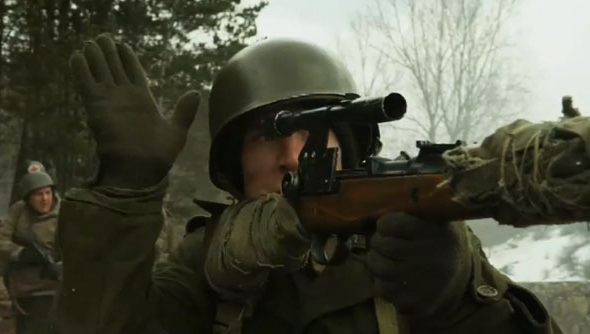 So. Here’s a thing. Back in March UFO Productions revealed that they had started filming a movie version of Company of Heroes. That film has now got a trailer. It’s, er, watchable.

I’d love to embed it directly but IGN have used some kind of magic to hide it keep it shackled in place. Why IGN, why must you keep the video locked away, depriving the internet of Company of Heroes trailers? Do you not like the internet? Do you wish to see the internet starved?

So here, under lock and key, is the trailer on IGN.

It doesn’t scream real-time strategy game. It sort of says knock-off Band of Brothers (though that is somewhat fitting, considering Company of Heroes followed the 101st Airborne – the same company depicted in Band of Brothers), what I’m getting at is, why bother even tying it into the game?

Maybe this video of interviews with the cast and crew will clear things up:

I found another Company of Heroes film that I feel we’ll find equally life enriching: