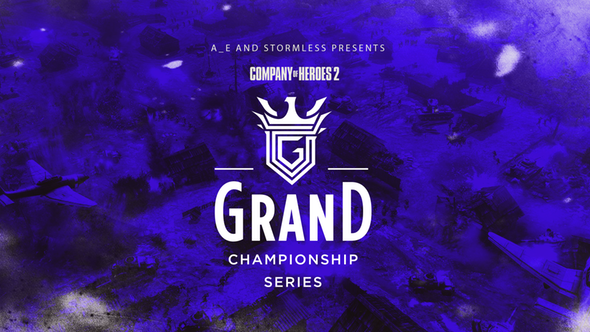 In April this year, 161 backers pledged £6,305 on Kickstarter to fund a Company of Heroes 2 Grand Championship tournament. Tomorrow, July 1, the finals take place.

Is Company of Heroes 2 on our list of the best strategy games? Take a look and find out!

Company of Heroes 2 community member Matt Dunn, aka ‘A_E’, and a few friends took to Kickstarter to fund the tournament. They not only smashed their goal of £1,400, they gained the support of developer Relic, publisher SEGA, and the UK’s ESL esports outfit too.

There’s even a little smack talk going on. “Fighting Luvnest will be the ultimate challenge of my career in COH2 since he is a very skilled and flexible player. To beat him I will have to make him pay for his mistakes and that is exactly what I plan to do. I won’t stop until I’ve proven 100% that I am the undisputed best player in the game and the only thing standing in my way of that title is Luvnest,” player DevM says.

Luvnest replies, “I’m looking forward to playing DevM in the final. I’ve come a long way, playing the best players this game has to offer, there is no way that I will be stopped now. The GCS trophy won’t be going to Portugal I’m afraid.”

The finals are being hosted by the ESL studios in Leicester. The event will be streamed live on the Twitch channel of popular CoH2 player Stormless, who will be joined by Matt Dunn.