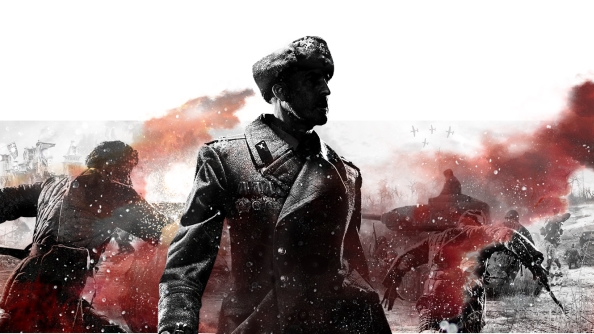 Humble are giving away one the of the best real-time strategy games in history. Company of Heroes 2 is free for a limited time on the Humble Store.

Playing from the perspective of a Soviet commander towards the end of World War 2, Company of Heroes’ single-player campaign tasks you with repelling the oncoming German army from Russia before turning the tides and forcing your way back towards Berlin. Using an innovative cover and line-of-sight system, Company of Heroes requires you to be clever with where you place your units, as well as how you try to take out its more imposing units.

The deal only includes the base game, but given how many hours a great RTS can give you, I think that’s probably fair. If you’re desperate for more, however, there’s a standalone single-player, Ardennes Assault, and several multiplayer expansions to get your hands on too. You can check out a trailer for the single-player above.

The deal doesn’t last too long, and is only available until 18:00 GMT tomorrow, December 16. You’ll still want to move quickly though, as the deal is only live while supplies last.