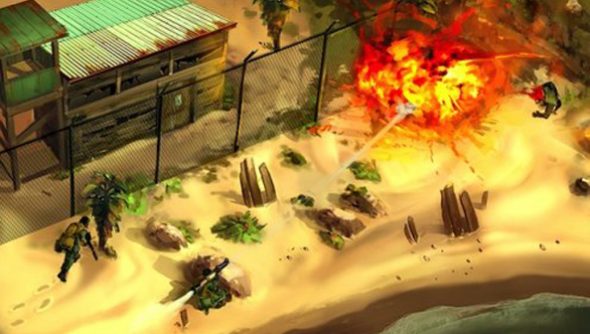 Well, that was a close-run thing. Despite a strong early showing, for the last few days we’ve been reduced to watching for signs of movement on the surface of Kickstarter, wondering if Flashback was ever going to surface again. And it did! As a consequence, Full Control’s fully-independent and faithful sequel to the venerable strategy RPG series will enter production before the end of the year.

By the time the final count was made yesterday, Full Control had raised 105% of what they needed, topping their $350,000 goal with a further $168,614. Another $12,000 raised via PayPal will contribute to development of the game, which will take the developers through to its planned release in late 2014.

“Wow, what a campaign!,” said a quite-probably sleep-deprived Full Control CEO, Thomas Lund. His words practically sway on the page.

“We’ve been blown away by the community’s feedback and faith in the Full Control team with what is a sacred, beloved franchise to many,” he continued, lethargically. “We are now looking forward to turning this concept into reality and beginning pre-production – as well as engaging with the community and asking for their ideas and feedback to shape the Jagged Alliance: Flashback”.

Just a couple of days ago, Full Control were staring failure in the face. Dead set on independence, Lund even discussed the possibility of handing back the license to current owners bit.Composer rather than compromise his vision for the game. But in the event, not only did the campaign make it all the way to the end, it also succeeded in funding the first of its stretch goals – a Mountains, Mines and Pits themed zone.

The team want to continue to accrue funding via PayPal on Flashback’s official site, but you can rest assured that we’ll be flying to San Christobal with a posse of ‘roid-ridden mercenaries by Christmas next year.

Did you pitch in during Flashback’s final, gasping push?