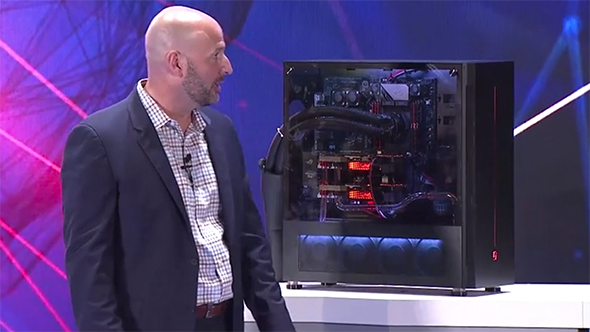 Intel was the star of Computex last week, but not in the way the Santa Clara company was likely hoping for. News of Intel’s 28-core CPU 5GHz stage blunder spread like wildfire across the web.

But if you didn’t manage to catch Intel’s Computex show, you missed the surprise announcement of a 28-core CPU clocked to a massive 5GHz. This processor was rolled out on-stage in two hefty systems, and a Cinebench R15 benchmark was swiftly obliterated by the powerful chip.

The host, senior VP and general manager of the client computing group at Intel, Gregory Bryant, confirmed these chips would be available to consumers by the end of the year, but “forgot” to mention the seriously heavy-duty overclock in place allowing that chip to score such breathtaking scores.

Processor starting to act up? Here’s the best gaming CPUs around if you need an upgrade.

Just connect your industrial water chiller to your 28-core server chip, overclock it to kingdom come, chop up all your credit cards before the bailiffs manage to track you down for overdue energy bills, and you are going to easily blast past a score of 7,000 in Cinebench R15… or maybe just stick to AMD’s Threadripper 2 and a trusty air cooler for the time being.

But it’s not just Intel that has fumbled magnificently on-stage in recent years and been caught out, so we thought we’d take a look at some of the greatest historical blunders in the computer tech world. 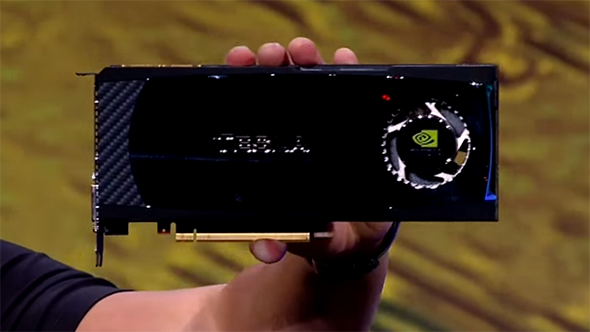 Back in 2009, Nvidia was on the eve of releasing a new graphics architecture: Fermi. Following the Tesla architecture, Fermi was used for both 400 and 500 series GeForce graphics cards, but the launch of this architecture wasn’t a smooth one.

At Nvidia’s GPU Technology Conference (GTC) company CEO, Jen-Hsun Huang, stood on stage with what was supposed to be the world’s first Nvidia Fermi graphics card ready to go. However, it was really just a hunk of plastic, misaligned solder, and wood screws jammed through the PCB to hold it all together – leaving many wondering: where is Fermi?

The real card used for the demonstrations was supposedly ‘backstage’. But, before anyone could get a closer look at this supposed tangle of wires, Nvidia had carted the prototype back to the lab never to be seen again by gamer’s eyes until late-Q1 2010, after significant delays. 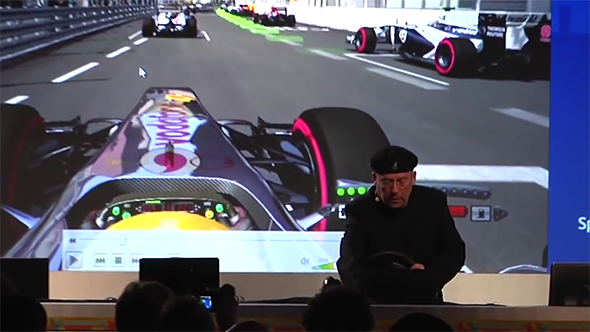 You thought Intel’s latest on-stage shenanigan was bad? How about back at CES 2012 when Intel faked a gaming demo on an ultrabook showcasing the Ivy Bridge architecture. Make no mistake, Intel didn’t “forget the lines” this time around, Mooly Eden, senior vice president and GM of the PC client group at the time, claimed someone backstage was actually playing a graphically intensive Formula One racing title on the ultrathin laptop.

However, once the media player controls popped up on the Formula One racing gameplay demo, most of the audience members became swiftly aware that the Ivy Bridge ultrabook wasn’t actually rendering the game in real-time, and was, in fact, just playing back pre-recorded footage in VLC player.

Regardless, after the show the same Formula One game was confirmed to be actually working on the very same ultrabook… it could’ve been so easy. 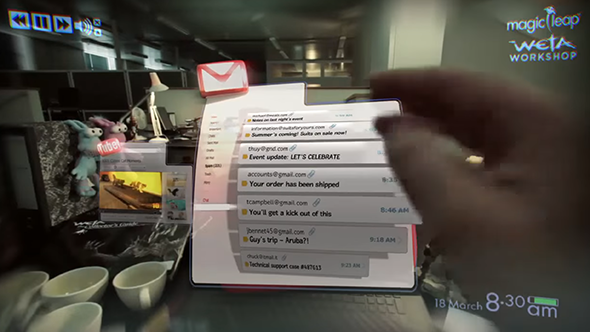 Magic Leap is an augmented reality company with its own fair share of marketing blunders. Magic Leap promised a lot with its augmented reality goggles and 3D virtual interfacing tech, and even managed to catch the eye of tech giant Google to the tune of $502 million worth of funding.

However, Magic Leap ended in turbulent waters after the company released a video back in 2015 with the title: “Just another day in the office at Magic Leap.” This showed a user gesturing at 3D objects within Magic Leap’s office and seamlessly transitioning into a game.

The video itself was actually created by Weta Workshop, the FX company behind Thor Ragnarok, Blade Runner 2045, and Mad Max: Fury Road. As for Magic Leap, the company is still chugging along and building up to the release of its Magic Leap One AR headset before the end of 2018 – although the details are still pretty slim on that, too. 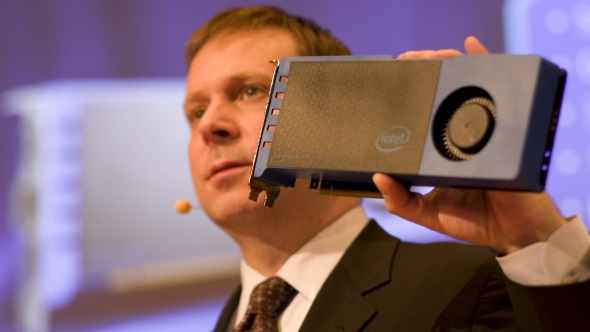 Intel is promising to launch new discrete graphics cards by 2020. Now where have I heard that before….

Larrabee was a general-purpose graphics processing unit, or GPGPU, that Intel was developing over eight years ago. The core concept wasn’t really a GPU at all, but it functioned as one in compute tasks and offered more flexibility for many tasks a regular GPU would struggle to perform, or simply couldn’t operate whatsoever. As such, it was a bold move from Intel when it was first announced.

Volume production was touted for 2010, and even brought forward to the first quarter. It was looking like Intel’s GPU was well on track to take on the powers that be in graphics processing… right until it wasn’t and the whole project got very suddenly canned.

Intel was reportedly struggling to get any competitive performance out of the GPGPU in either DirectX or OpenGL. As a result, it wasn’t happily ever after for the infamous discrete graphics card – not only did Intel’s Larrabee notlaunch in 2010, but Intel dumped the whole project leaving discrete GPU silicon to AMD and Nvidia unchallenged… until now.

Intel’s new Core and Visual Computing Group, headed by ex-AMD RTG chief Raja Koduri, is working on a discrete GPU for launch in 2020 – and has promised one for gamers at some point too. However, after the failures of Larrabee and the incredibly huge task of creating hardware anddrivers, you can’t blame us for being just a little skeptical about Intel’s 2020 GPU promises. 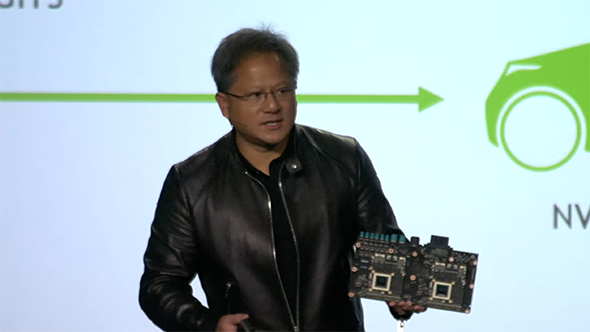 A touch over six years after the Fermi incident and Jen-Hsun was at it again. This time the Nvidia CEO held up what was supposed to be an autonomous vehicle Drive PX2 board showcasing the yet-unreleased Pascal architecture at CES 2016.

In reality, Huang held up a Drive board with two Tegra chips and two of the contemporary Maxwell architecture GPUs. This led to some pointed questions in Nvidia’s direction as to whether Pascal was a functioning product that was ready to ship imminently as Nvidia touted it as. Some were even going as far to call it another Fermi.

Not only did Pascal launch shortly after in April, but Nvidia still refuses to take it off the shelves and replace it with the next-generation of GTX graphics cards even today.