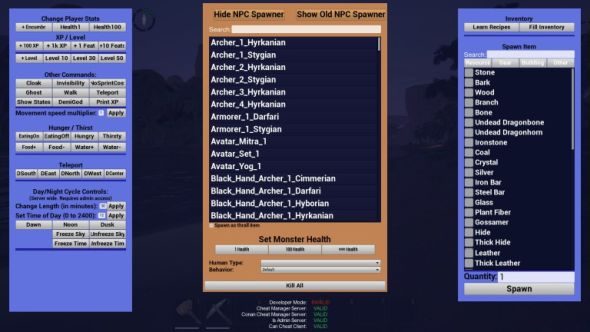 There’s going to be an Early Access Conan survival game, in case you’re not quite up to date. Slightly odd as that is, it looks like Funcom are going all-in on proper PC support, providing mod-making tools and publically available server tech so you can have a full community connected.

Here’s the list of upcoming PC games for the rest of the year.

The two are connected, as running mods on your own servers is rather common practice with this sort of game. Obviously you can host it yourself on hardware you own, or you can use Funcom’s official server provider PingPerfect to rent a little space. Servers are filtered in game by community type – hardcore, role-play, casual are all mentioned as categories.

According to a press release, running your own server will let you “have access to a powerful server control system that allows you to alter many aspects of the play experience.” This includes death penalties, PvP options, control over the sandstorm that constantly rages – and loads more. A lot of it doesn’t even require a server restart either.

As for mods, they’ll be developed using a custom UE editor and should be able to alter just about anything. Steam Workshop will be in place to help share it all around, and it looks like it will be a significant element for the team to support.

Full details over in the latest dev blog.