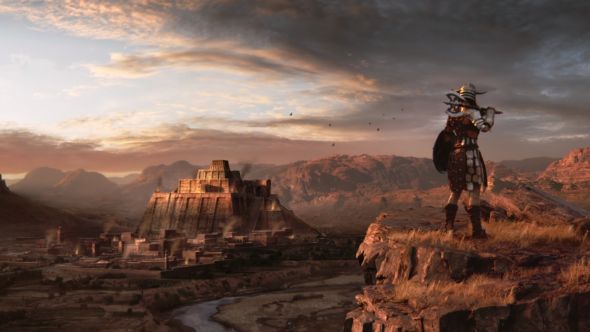 Conan Exiles, the survival sandbox game with an awful lot of actual sand in it, launches onto Steam early access on January 31. To celebrate your imminent career as a barbarian warlord, developers Funcom have released a new cinematic trailer, which does a good job setting the tone for what you can expect.

For more free-roaming adventures, check out our list of the best sandbox games on PC.

Conan Exiles will feature a large open-world, survival mechanics, settlement building and even slavery – your agenda is very much one of domination. The trailer suggests you’ll be able to build a mighty city with a giant ziggurat at its heart, and further details on the Steam pagesuggest yoihint at the darker side of the Conan universe, with mystic secrets hidden in ruins and sacrificial rituals able to summon the power of the gods to lay waste to your enemies.

Funcom say Conan Exiles can be played on private and public servers, either in multiplayer or local single-player.

“One of the really great things about working with Conan the Barbarian is that there is this huge pop cultural universe surrounding him,” says Funcom CEO Rui Casais. “Being able to team up with Dark Horse Comics, Modiphius, and other Conan creators has allowed us to build a special edition that speaks to both fans and those discovering Conan for the first time.”

Funcom has also announced a special edition of Conan Exiles – the Barbarian edition. It’ll cost $59.99 and, as special editions go, it’s pretty generous: the bundle includes a rulebook for a Conan pen-and-paper RPG, plus comics, an original storybook, soundtracks and more. Here’s the full rundown:

If you’re not one for bells or whistles, the standard edition will cost $29.99. For more on Conan Exiles, check the website.