Ruthless, bloodthirsty, and wild. Dressed in nothing but a leather loincloth and communicating only in brutish grunts, even Conan the Barbarian’s muscles have muscles. He’s a skull-crushing cut-throat who loves nothing more than a good brawl. Conan and Kratos could well be distant cousins.

Funcom have already released two games featuring the brutal barbarian and his Hyborian crew. The first, Age of Conan: Unchained, is a free-to-play MMORPG and the second, Conan Exiles, is an open-world survival game. Now Funcom is marching into real-time strategy territory by teaming up with Command and Conquer veterans, Petroglyph. The savagely violent result: Conan Unconquered.

In Conan Unconquered you are tasked with building a stronghold to protect the city from hordes of enemies. Manage resources, build up an army, research new tech, and command your forces to increase your settlement’s chances of survival.

Having a ruthless character as thestar of a game that relies on careful defensive strategy makes for an intriguing contrast. We spoke to Petroglyph game designer Renato Orellana about how this absorbing alliance was formed and how this untamed icon fits into the world of strategic city defence. 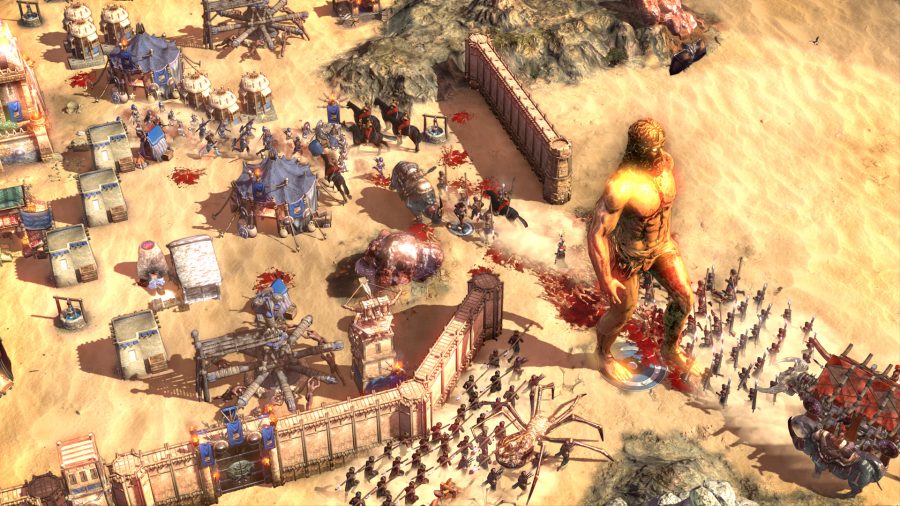 “Funcom approached us many times about creating some sort of RTS,” Orellana explains. “Eventually we were able to pitch them an idea for something that’s a little bit like Stronghold and They Are Billions. Then Funcom say, ‘Can we put Conan in there?’”

Funcom approached us many times about creating an RTS

From there Petroglyph needed to create a story that fits this ostensibly uneasy marriage of character and genre. In Stronghold you must defend your medieval castle from waves of enemy battalions and They are Billions has you protecting human colonies from post-apocalyptic zombies.

But when it came to creating the narrative context for Conan Unconquered, Petroglyph had the whole Conan canon from which to take inspiration. Petroglyph decided to stick to one of the remorseless barbarian’s original stories by Robert E. Howard. “The game is based loosely on the story, Black Colossus,” Orellana says. “In that story there’s a princess who dreams about her kingdom falling. The next day she has another dream where the goddess Mitra tells her, ‘Hey, the first person you see on the street, give them control your army’. And of course, that’s Conan.” 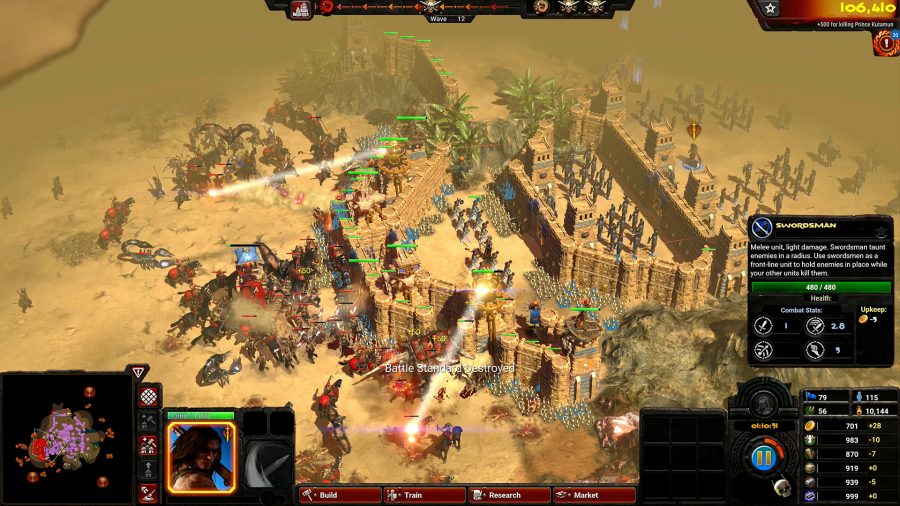 Black Colossus is a classic sword and sorcery tale: there are engrossing alliances, ancient prophecies, and back-stabbing betrayals. But Petroglyph only needed the bare bones of the story to keep Conan Unconquered simple and to the point. That said, there will be a few familiar faces for fans who are already immersed in Conan’s rich lore.

“In the story, Conan comes face to face with Prince Kutamun,” Orellana explains. “He is one of the bosses in Unconquered. And you actually get to fight the last guy, Thugra Khotan. Magic is evil in the Hyborian age and he’s a powerful sorcerer.” Arriving to test your defences in the 20th and 25th waves, respectively, these powerful figures act as a mini boss and a main boss in Conan Unconquered.

Conan has beaten both these evil foes before but, this time, they won’t be alone. Wave after wave of giant spiders, undead soldiers, skeletons, and necromancers join them in attacking your citadel, too. And then your city can fall foul of fire, sandstorms, poison, and disease – it’s just one gloriously messy brawl. But there’s one thing still missing: where are the giant mythical gods? 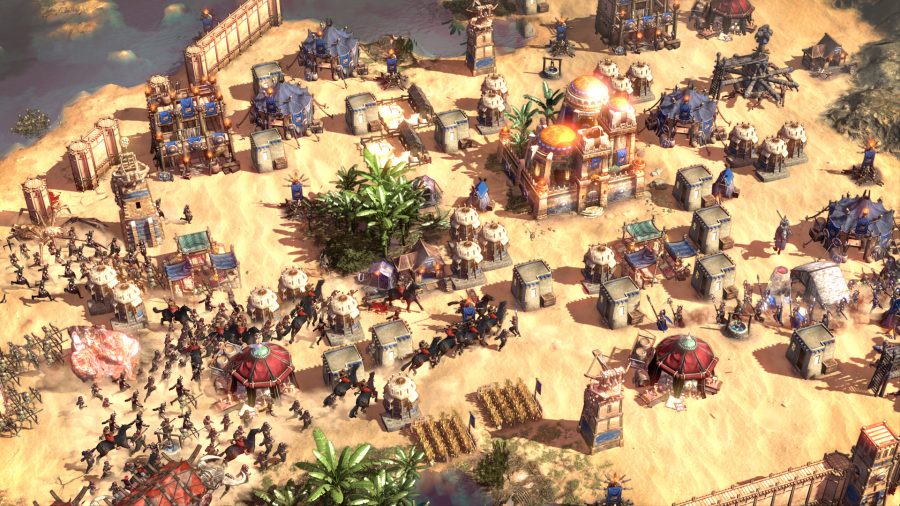 “The Avatars,” Orellana says. “They had them in Conan Exiles and they were very impressive. The Avatar acts like a super weapon of sorts. Eventually, you’re able to tech up to the point where you can build a temple to summon the giant golden Avatar of Mitra who can stomp and destroy enemies.” Mitra crushes both enemies and allies alike beneath its golden feet and is a divine force to be reckoned with.

Read more: Check out our list of the best strategy games on PC

Conan Unconquered is an RTS with tight controls and a simple story that manages to honour the scrappy ruthlessness of Robert E. Howard’s Hyborian world. Now Conan can break bones as you thoughtfully plan your army’s next move. It’s the perfect match of brute meets brain.