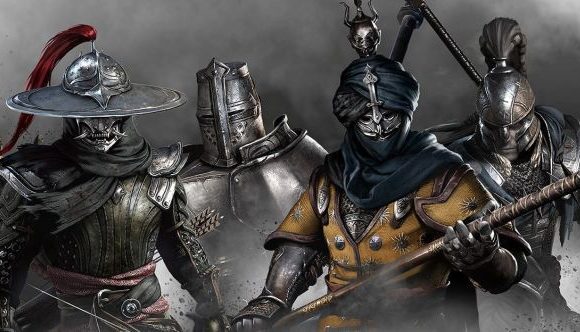 Tactical medieval warfare MMO Conqueror’s Blade is heading to Early Access. The game, which allows you to manage your kingdom both on and off the battlefield, flits between massive open-world battle scenarios and the more close-quarters environments as you are tasked with keeping your kingdoms safe and prosperous.

Developer Booming Games says that you’ll field units from across the world as you battle other players, from the Swiss Halberdiers of the West to the Mongol mounted archers and Samurai of the East. Huge battles will rage with more than 1000 units on each side of the fight, while 30 commanders try to outmanoeuvre their enemies.

As a player, you’ll be right in the heat of the action, part of your army’s vanguard. It will be your responsibility to protect your battering rams and lead your soldiers to victory in battles over the resources held within the game’s mysterious continental setting. Overall, I’m seeing something a little like Total War meets Crusader Kings, with a little bit of For Honor thrown in for good measure.

Conqueror’s Blade will be free-to-play, and is set to enter Early Access at an as-yet-undisclosed time in the future. You can also sign up to the closed beta ahead of the game’s wider launch, so you can start dominating your opponents early – you’ll even receive a free ballista as a reward.