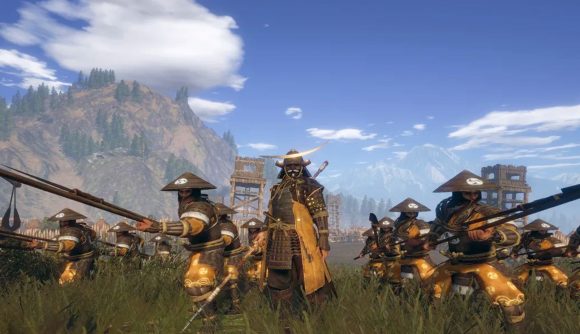 Medieval MMO Conqueror’s Blade is currently in closed beta, but starting today (and ending in the small hours of Monday morning), it’s opening the gates to any and all aspiring warlords.

You’ll get to try all the features that have been added since last year’s Siege Tests. After you complete the new tutorial area, you’ll choose one of several regions with varying cultural influences, and set up your home there. Then you’ll explore the world in a dynamic campaign, fighting bandits and securing resources – peacefully or violently. New crafting and development systems will let you use those resources to train and equip a bunch of raw recruits into an elite guard wielding the finest weapons.

When you’ve built your house, you can take to the battlefield in strategic territory wars, on new PvP or PvE maps, or conspire with other warlords to forge alliances that will determine who rules over the open world. It’s aiming to be a multiplayer Game of Thrones RPG, basically. Servers will not be time-restricted during the free weekend, so all of this is available 24/7 until February 17.

Check out the trailer below for a taste of the gameplay: