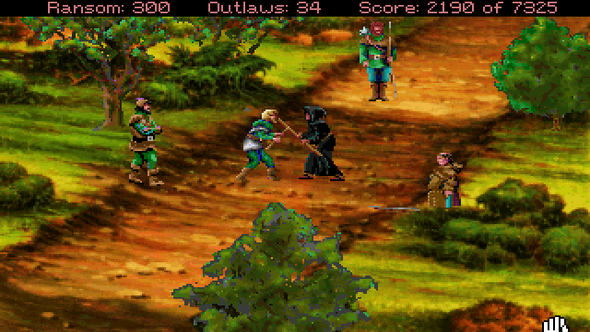 Christy Marx is perhaps best known for her work as a writer on some of the coolest cartoons of the ‘80s and ‘90s. Conan the Adventurer, G.I Joe, Teenage Mutant Ninja Turtles and Jem and the Holograms to name but a few. But she also created a couple of cult point-and-click adventure titles which, after years of requests, have now made their way onto retro retailer Good old Games.

For more classics, check out our list of the best old games on PC.

1990’s ‘Conquests of Camelot: The Search for the Grail’ and 1991’s pseudo-sequel ‘Conquests of the Longbow: The Legend of Robin Hood’ recently made their way onto GoG, as both separate purchases and as a package. True to the era, the two titles contain almost no voice acting and rely heavily on puzzle solving and item combination. The latter of the two games is widely considered a cult classic among fans of the genre, containing significantly improved graphics when compared to its predecessor.

The Search for the Grail and Conquests of the Longbow can be picked up from Good old Games either separately or as a bundle. You can also buy it through Christy Marx’s website if you want to cut her in.