The year is 1997, and British developer System 3 releases Constructor, a city building management game with absurd English stereotype characters and distinct sense of humour. It is brutally difficult, but no one seems to mind: it becomes an instant classic.

The year is 2015, and almost twenty years on System 3 have decided it’s time to revisit. Constructor HD, a high-definition remake of the game, will be released next year. The same team are in place, retooling it for the modern generation.

But does anyone really care about a game that’s nearly two decades old?  Apparently so, according to Constructor HD’s development lead John Twiddy. The very reason Constructor is getting the sprucing-up treatment is because of the fans. 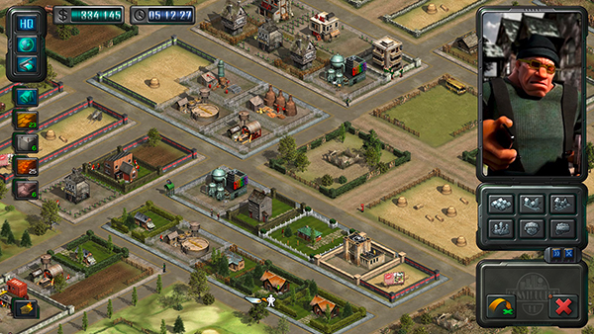 Constructor was originally launched for MS-DOS. “Since then we’ve had lots of people saying ‘Oh I love that game’. But as Windows moved on and new operating systems made it more difficult to play the old one, we got more people telling us that they can’t play the game of their childhood anymore,” explains Twiddy. “It’s a game we’ve always liked and felt deserves to be remade. It felt a good idea for the current time.”

And so the foundations for Constructor HD were laid. Twiddy, alongside many of the original Constructor team, still works at System 3, so suddenly he and his colleagues were back on one of their earliest passion projects. And Constructor HD is quite the project; unlike other remasters of games barely older than the jeans you’re wearing (you slob), you can’t just up the resolution of something from 1997 and throw it out for sale. Everything needed to be recreated.

“We’ve revamped all the characters, all the animations, all the screens, using the originals as a starting point, but using new techniques,” says Twiddy. “Originally all the men were little hand-drawn sprites, but now they’re properly rendered 3D characters. The walk animation of a character used to be three frames per second, whereas now we have 60 frames-per-second walking animations.” 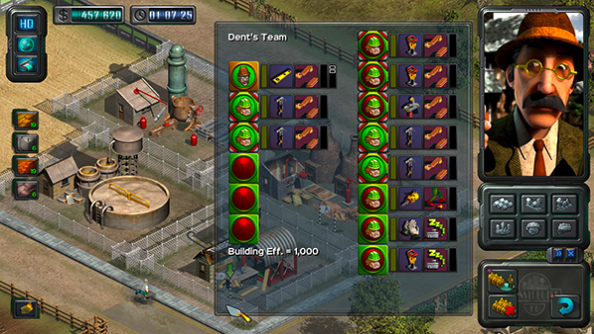 Being able to re-do the entire game with new high-resolution graphics has enabled System 3 to deliver on something much closer to their original vision. Back in 1997, low-res CRT monitors and the limitations of 256 colours severely hampered what they could do. “What upset many of the artists at the time is that they were using 3DX to create many of the scenes and objects. But technically at the time we could only do 256 colour PC screens,” Twiddy recalls. “The graphics were so much better before they were actually converted to be put in the game. When you look back, it looked so much poorer than it should have done, even back then.”

“Now we have HD resolution screens, all the little details come through. Posters that are on the walls, subtle things like labels. We can go and put detail into those. You couldn’t actually read it on the original, whereas now you can,” he adds.

Rebuilding Constructor for the HD generation isn’t just about putting a shiny new coat of paint on an old game though. Returning to the game after 18 years means System 3 can implement new ideas that have emerged in the RTS genre since, and correct the game’s long-standing problems. “We were well aware of shortcomings of the original games. We have a lot of feedback from players saying change this feature and add this feature,” says Twiddy. “In the original, you were very much involved in solving complaints. As you progressed in the game, you just got more and more complaints happening. We didn’t balance the game correctly. We didn’t tone down things so you didn’t have to worry about the same things at the end of the game that you were at the start of the game.” 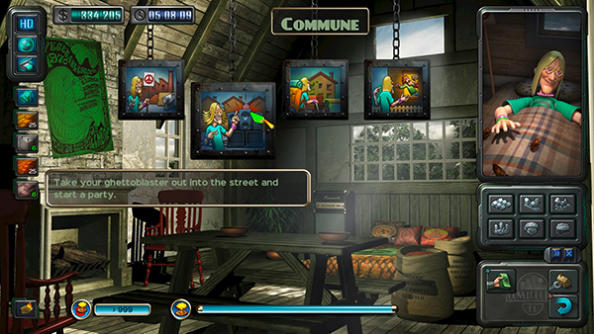 Aside from rebalancing the game, System 3 have been able to create a new interface that feels familiar to the new generation of players. Context sensitive pop-ups, smooth scrolling, and easily accessible features make the HD remake much more fluid to play than the original Constructor; a game so obtuse that it required you to click a walk button on the HUD and then click on the ground in order to move a character.

“We’ve now got a much more dynamic interface. We’ve catered for being able to use a controller as well as a mouse and keyboard,” says Twiddy. “With the shortcuts it’s actually easier to play with a controller than it is with a mouse, which is sort of surprising.”

With all this change, it’s important to note that Constructor HD is still the same game you played in your younger years. Aside from the odd balance tweak and those shiny, shiny graphics, this has everything you remember. The way you play and progress is identical, and those pesky ‘undesirable’ characters – like hippies and gangsters – still litter the streets. And if your fondest memories of the game was it being upsettingly bastard hard, you can still have that, too: “We have a series of switches so you can switch on and off certain things, giving you the ability to tweak the difficulty how you like,” says Twiddy.

Tiddy and the rest of System 3 seem to care deeply for their old game. But will the world? Or have we all moved on to newer, shinier things? We’ll find out when Constructor HD launches on January 29th.