Corsair is back at it again with the M65 RGB Elite tunable gaming mouse. That’s not a word we see in a product names all that often – maybe because of the ambiguity of the English language – but in this case it rather simply describes the vanilla ability to adjust your mouse’s weight. Still, there’s plenty about the M65 RGB Elite worth raving about.

This mouse owes most of its design and functionality to the M65 Pro, its genetic forebear and a near-identical mouse that the Elite ostensibly replaces. While the shape and ergonomics of the M65 Elite remain largely the same as its predecessor, Corsair has seen fit to better a few key features, both inside and out.

The most important of which is the slight redesign of the rear underglow lighting, which we all know increases mouse acceleration off the line. No wait, we don’t want that. It just looks nice. For the most part the two-zone RGB lighting remains the same as its predecessor, but aesthetically the RGB and aluminium undercarriage make more of a splash this time around.

The up and down DPI switches that reside just beneath the newly RGB-ified scroll wheel have also been redesigned. Now complemented with an indicator for easy DPI switching in-game without checking the settings.

By far the largest exterior switch-up is in the thumb switch layout. The Elite features three Omron thumb switches: the precision sniper button, that rests directly underneath your thumb and allows for rapid DPI toggling; and two, forward and backward, thumb buttons. These are now grouped closer together than the Pro previously opted for, allowing for speedier actuation and increased accessibility. 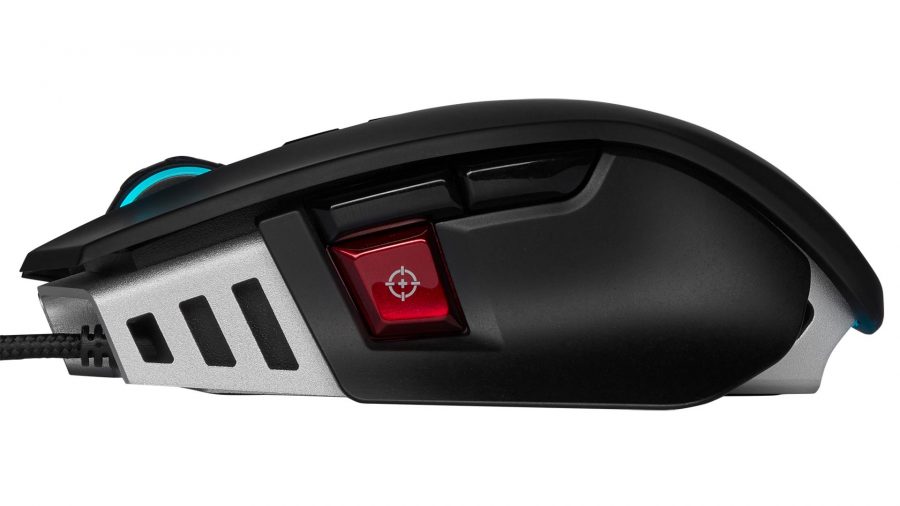 But seeing as tunability is the name of the game, let’s get down to it. The M65 RGB Elite features three screws on the underside of the mouse, each covering a small weight. The screws and weights account for 18g in total, and once removed bring the Elite’s weight down from 115g to just 97g. All in all much lighter than the Pro before it – 15% lighter in fact. 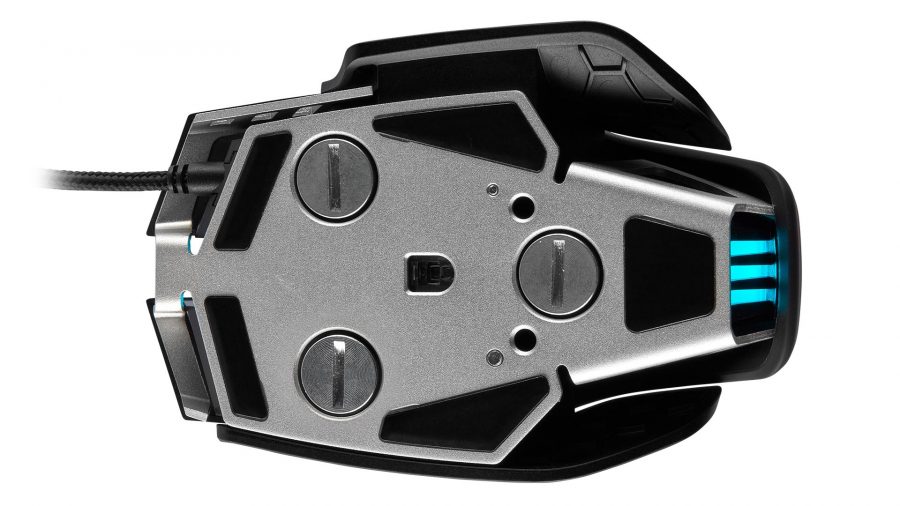 And all those changes come together into one well-built, high-performance gaming mouse. The off-kilter wired design and lightweight cable keep the tethered design from affecting gameplay or mouse movement. And its moderately low-profile shape makes for a friendly design for both claw or palm gamers.

With a price tag equal to the M65 Pro – $60 (£60) – there’s no reason not to jump on Corsair’s latest. We felt the same way back when Corsair launched the M65 Pro, a mouse evolving out of all the functionality we liked from the M65. The Elite is simply better looking, feeling, and more technically capable than its predecessor – all for the same cash. And even if the end result isn’t revolutionary, there really is a lot to like about the Corsair M65 RGB Elite.

A functional, high-quality gaming mouse that improves on its first person shooter roots.