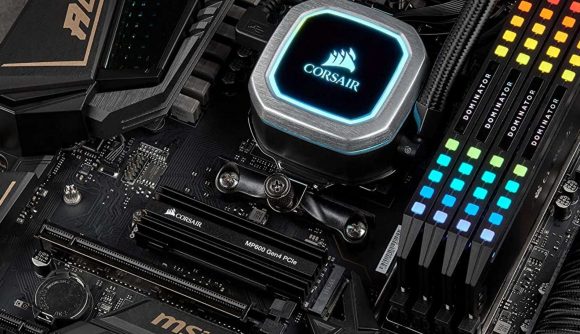 If you’ve got a compatible motherboard and processor, then the best SSDs for gaming right now are PCIe 4.0 NVMe drives, giving near-instantaneous boot times and loading of applications. Plus, with some new games such as Cyberpunk 2077 and Microsoft Flight Simulator now recommending an SSD, if you haven’t got one inside your system yet, now’s the time as Corsair gears up for its next-gen M.2 drive.

Corsair released its first PCIe 4.0 SSD back in 2019, with the MP600 hitting 4,950 and 4,250MB/s sequential read and write speeds respectively. Now, with PCIe 4.0 support coming to Intel’s Rocket Lake processors, we’ve seen a wave of new Gen4 M.2 drives with even higher speeds, and it looks like Corsair is getting in on the action, too with its new MP 600 Pro, available in 1TB and 2TB capacities.

We mentioned a few days ago that a listing on Amazon Germany for an updated ‘MP600 Pro’ was discovered by prolific Twitter leaker Momomo_us (via TechPowerUp), which subsequently disappeared. This was obviously preparation for todays release. It boasts a sequential read speed of up to 7,000MB/s, and a sequential write speed of 6,850MB/s. That’s an average 51% improvement over the read and write speeds of the MP600 at the moment. Plus, that built-in heatsink should ensure it stays close to these quoted figures even under extended load. although a lot of the best gaming motherboards have their own M.2 heatsinks anyway. 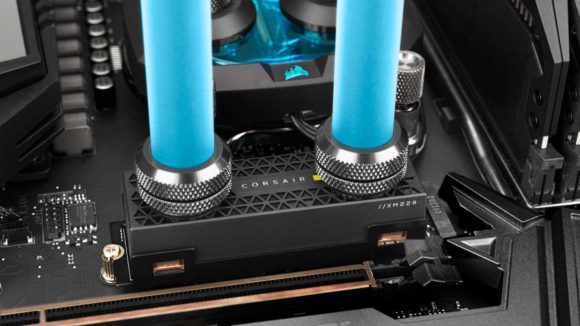 Corsair also released the MP600 Pro “Hydro X”, coming with its own water block to hook up to your custom water cooling system in a 2TB capacity, costing you a whopping $500 / £461. It seems a little overkill, but at least it should keep true to its 7,000MB/s read speed for as long as possible with thermal throttling minimised.

Until Intel’s 11th gen CPUs release in March, however, the only way you can get PCIe 4.0 support is by going to team red – its had support for the standard for over two years.