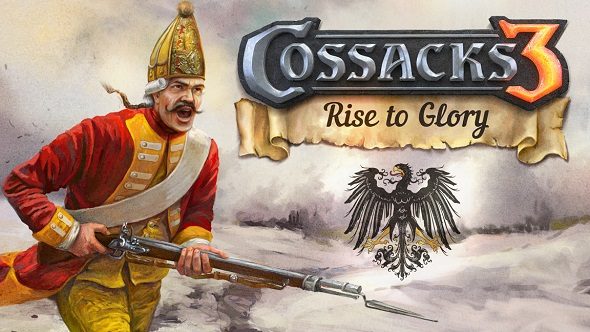 The Prussians are coming to PC, as GSC Game World have announced a new expansion for Cossacks 3, titled Rise to Glory. This expansion has would-be generals fighting alongside Frederick the Great of Prussia and Gustavus Adolphus of Sweden, adding two new civilizations to the 12 already present in Cossacks 3.

If you’re a budding strategist, check out these other PC strategy games.

The new Prussian campaign has players leading Frederick the Great through the battles of the brutal Seven Years War, while the Swedish campaign sees the Nordic nation rising to the position of a global power, under the brilliant leadership of military tactician Gustavus Adolphus. If you prefer your action a little more bite-size, there are three new single player scenarios coming as well, based around landmark battles from 18th century Europe.

Along with these two new factions, Rise to Glory brings seven new unit types, with three of them being brand new to the Cossacks series. Rise to Glory also brings the winter chill with it, as special winter maps will also be available to play in both single and multiplayer skirmishes.

While Prussia and Sweden are new factions for the Cossacks series, Rise to Glory brings back fan favourites Bavaria and Saxony to show the might of Germany. Bavaria and Saxony will be free for everyone to download a week after Rise to Glory is released, with owners of the DLC and the Digital Deluxe edition of Cossacks 3 getting access to the German states a week earlier.

If you’re ready to polish up your howitzer and prime your musket, Rise to Glory releases on Steam on February 13. GSC Game World have yet to announce a price of Rise to Glory but based on the low price of $3.99/£2.79 for the previous DLC Days of Brilliance, this trip to Prussia shouldn’t break the bank.