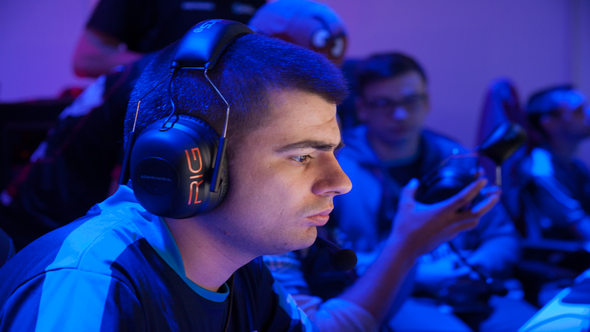 Any serious CS:GO player out there will tell you that cheating is the absolute bane of this particular game. In fact, cheating in CS:GO is so prevalent and so very despised that you can barely go a few games without at least the accusation of hacking being levelled against one player or another. So when Hovik “KQLY” Tovmassian, a one-time regular at the highest end of professional Counter-Strike, was caught cheating, the backlash from both Valve and the community was swift and harsh.

Tired of dying in CS:GO? Brush up with our guide to improving your marksmanship.

However, it would seem that a lifetime ban from Valve and almost universal negativity from the community wasn’t enough of a deterrent for French team Vexed. The gaming collective, who regularly compete in Hearthstone, CS:GO and H1Z1 announced yesterday that KQLY would be joining them on a trial basis. While KQLY cannot compete in the most coveted competitions, such as the Valve-endorsed Majors, he will be able to play on the independent tournament circuit, starting at the ESL Championnat National in Paris.

As is to be expected, this has left a somewhat bitter taste in the mouths of many CS:GO players, not least of which the Vexed team themselves. In an even stranger twist in the tale, Steve ‘Jarod’ Cohen and Léonard ‘SmyLi’ Michelino have resigned from the team, stating that they “were not informed of this decision that was imposed” before adding “we cannot imagine ourselves working with someone that has harmed, to the extent that he has, the competitive integrity of CS.”

Other CS:GO professionals have expressed frustration and disbelief at Vexed’s decision. Veteran player Ex6TenZ fired a rather scathing tweet at the team, saying “good luck and have fun [trying] to find players and sponsors in the future who will want to work with you.” This pretty much sums up the response from the community, which has been one of general surprise and anger. Given that 2015 saw an embarrassing match-fixing scandal occur and considering the ongoing issue with cheating on the CS:GO servers, many players and commentators alike seem to want a more hardline stance against any form of dishonesty in the professional community.

It remains to be seen whether KQLY will make any kind of full return to esports. He himself said in March 2017 that there was a “0.1% chance” of him ever making a comeback and judging by the reaction to his inclusion in the Vexed roster, it would seem his estimates were pretty accurate.