Let me give you an idea of how well this isn’t going. My teammate is down, so yep, good start. Meanwhile, I’m here hiding in a bunker trying to evade the watchful eye of his killer, who’s positioned on the highest vantage point on the island that makes up Counter-Strike: Global Offensive’s battle royale. It’s not all awful, my (tactical) retreat into the bunker took me past a supply drop which, thankfully, allowed me to swap out my pistol for an AK-47. I’m well armed but I’m definitely not out of the woods yet. Or this bunker, for that matter.

As I cower, looking out to sea as it’s swallowed up by the encroaching wall of the zone, an enemy suddenly parachutes out of the sky and lands right in front of me. And I thought it couldn’t get any worse. But what’s this? By some miracle this man from the sky is not facing me. A quick hail of bullets sees precious gear scatter in a colourful cloud around him. Before I can prance over and collect it like a child on lemonade, however, I’m interrupted. “One enemy remaining,” a gruff male voice announces. I’m one of the final two survivors. How did that happen? There’s no time to think about it, though, as the zone is now closing in around me, and fast.

I scramble up the ladder of the bunker as I’m encased in an oppressive grey fog and my health begins to tick down. I see my opponent through a window and fire off a quick spray of bullets. I don’t know how much damage I’ve done, but now I’ve only got a few shots left, and time is running out. As I leave the bunker, I spot him again, and fire my last few bullets in his general direction. Somehow, it deals enough damage to secure myself the win, and with only seconds to spare.

I’m sure I don’t have to explain battle royale at this point, right? You drop onto an island, scramble for weapons and armour, and try to be the last person standing. Danger Zone is Valve’s take on the formula. It blends battle royale with Counter-Strike’s lethal gunplay to create gunfights that are all about getting the drop on your opponent. 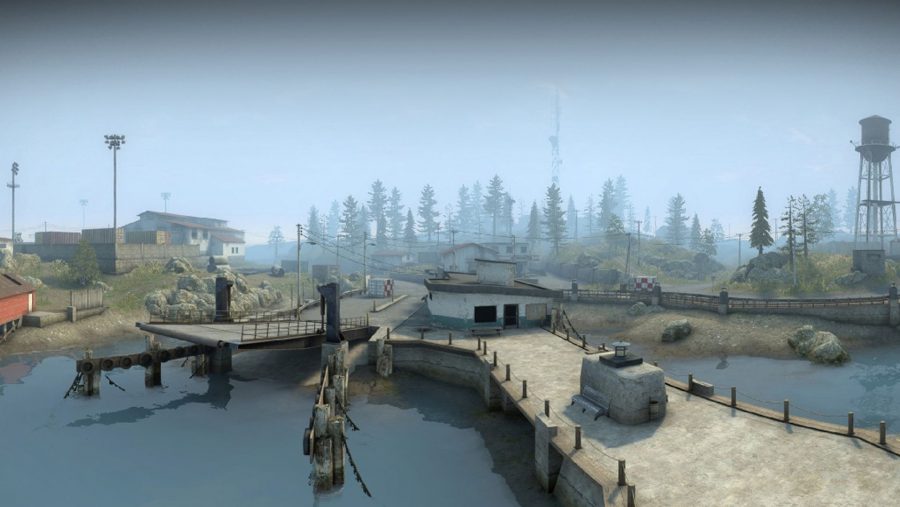 In tone, it’s most similar to PlayerUnknown’s Battlegrounds – the deserted island, military authenticity, and realistic presentation conjure strong links with the battle royale that started the craze. But while the gameplay of Danger Zone is simple enough, the number of features added in dilute what might otherwise be the perfect game for genre purists.

C4 explosives borrowed from Counter-Strike’s main competitive mode allow you to blow up safes to earn extra money, which can then be used to buy weapons, armour, and upgrades to your tablet. Yes, you have a tablet. It acts as your map and shows you where supply drops are falling, but also gives you a rough idea of where your enemies can be found by highlighting hexes that currently contain enemy players.

To add more confusion, hostages are dotted around the Danger Zone map, who can be picked up and hoisted to a rescue spot, which earns you extra cash. Kill contracts, which point you towards a randomly chosen player, do the same thing. All that hard-earned money can be funneled into your tablet to buy equipment which is then ferried to you via delivery drones. This causes situations in the early game that would benefit from an air traffic control tower as deliveries frantically criss-cross the island. Those drones can be shot down, or you can follow them to discover exactly where an enemy is hiding, letting you line up a shot while they’re distracted by their new toy.

Not content with the genre staples of floor loot and supply drops, Danger Zone has five extra means of acquiring gear. Some equipment can be found on the ground, but tools and explosives are secured in separate cases. To open gun cases you’ll need to have found a melee weapon capable of breaking them open, and if you find yourself in a tight spot while you’re too high up, you’d better hope you’ve found a parachute to equip. There’s a staggering amount going on, but it only serves to dilute an otherwise tight and cohesive experience. 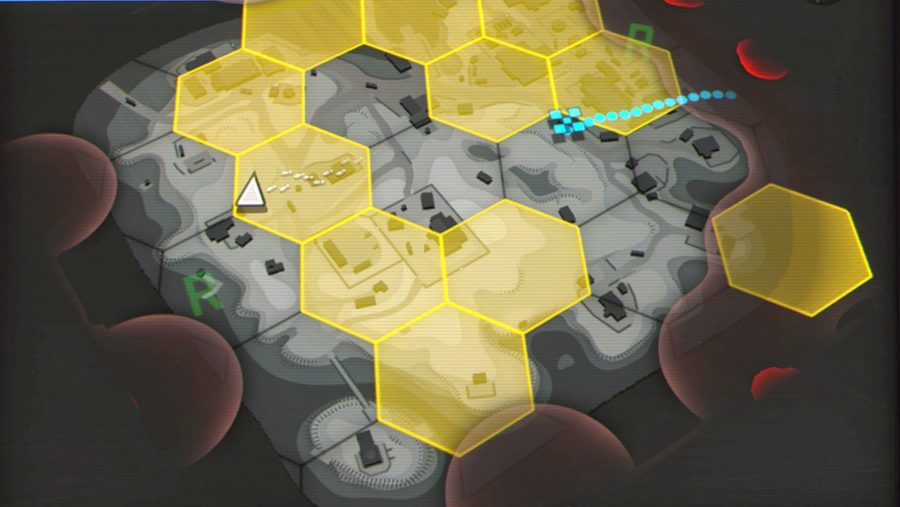 Underneath all of the extras, Danger Zone offers a battle royale perfectly capable of holding its own against the genre giants. Gunplay is just as polished and requires as much skill as elsewhere in Counter-Strike, and the small map is filled with interesting nooks and crannies, with underground bunkers and rocky outcrops providing alternative routes around the island. It’s a space that feels very real, as if its buildings and warehouses were genuinely inhabited before the battle royale arrived. A predominantly coastal setting and that feeling of temporary abandonment help to capture the feel of Koushun Takami’s original 1999 novel more effectively than any other game I’ve played. While Fortnite and PUBG’s 100 players are spread out over enormous maps, the limited scale, near-instant time-to-kill, and lack of a revive mechanic in Danger Zone means that death can come extremely quickly.

As it is, I’m not sure who Danger Zone is for. As a Counter-Strike player, I know that my friends and I would rather just play Competitive than regularly play battle royale. It leans into all its added extras just enough to alienate fans of PUBG or Black Ops 4’s Blackout, but captures none of Fortnite’s more playful approach to the genre. Valve’s take on the battle royale is a chance for the the developer to attract those searching for a pared down realistic approach. But Counter-Strike’s excellent gunplay feels like a sidekick to a collection of features that feel bloated and out of place.