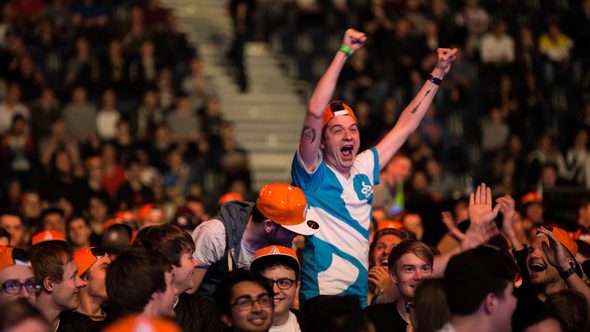 FACEIT are hosting the first UK-based CS:GO Major in London – with a $1 million prize pool.

Previously, FACEIT – creators of the Esports Championship Series – helped organise the open qualifier rounds for CS:GO Majors. However, this is the first year they will run the whole tournament solo.

Not quite pro level? Check out our guide on how to get better at Counter-Strike: Global Offensive.

The FACEIT London Major will be the 13th CS:GO Major but the first held in the UK, it is also set to be the UK’s biggest tournament to date in terms of viewership.

“The community has been at the heart of everything we do at FACEIT, and we’re so grateful for the support of the players on our platform and those who’ve attended and watched ECS,” Michele Attisani, co-founder of FACEIT, says. “We’re excited to create an amazing celebration of CS:GO to honor that commitment. We look forward to seeing everyone there in September.”

In addition to hosting the 24 participating teams and welcoming 10,000 spectators to the finals at the CS:GO-themed SSE Arena, Wembley, FACEIT will also be supporting local activities for fans around the world. Those who can’t make it to the event itself will be able to tune into the live broadcast on Twitch.

The FACEIT London Major will take place on September 20-23 at the SSE Arena in Wembley, tickets go on sale April 2.