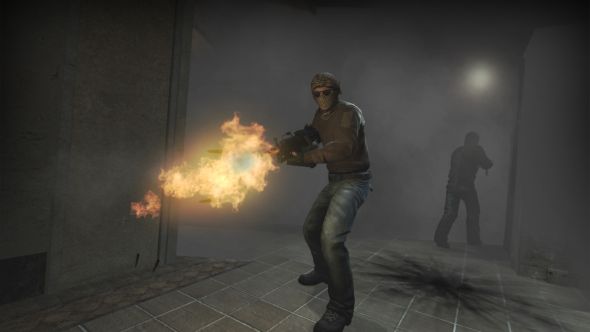 Reece ‘Bloominator’ Bloom, a prominent member of Counter-Strike tournament community ESEA, has been banned from the site for a thousand years for allegedly harassing a 15-year old girl.

Bloom’s ESEA account will remain banned until June 6, 3016, for ‘malicious activity’. To be specific, Bloom was indicted by a series of chat logs and lurid photos between him and an alleged 15 year-old girl.

Among the damning quotes are “there’s just something about being able to influence young minds” and “I just don’t care that I’m a paedophile”.

Most of the responses in this thread at ESEA are as disapproving of Bloom as you’d expect, but there are a few which reflect pretty badly on the community, such as “calm down boys, hoes r [sic] hoes” and “she will realise how retarded she is in 2-4 years from now”.

Bloom apologised on Twitter. His account has since been deleted, but you can read his comments in this cached copy. “No excuses, obviously incredibly stupid of me to do what I did,” he says, apologising to his most recent team, Armor eSports, and to those that have supported him in his career. He asks that his critics “please keep the hate on me, don’t give crap to any of my friends or orgs I’ve associated with”.

Bloom becomes the highest-profile player in North America to be excommunicated by the CS community for his personal behaviour, having played in a number of teams that were just knocking on the door of the big time.

Armor eSports is currently near the top of the table in ESEA’s Main division, which sits below its ‘Premier’ and ‘Professional’ divisions. As a member of Grandpa Berets a few years ago, Bloom played against leading outfits such as Echo Fox, Team Liquid, Counter Logic and Cloud 9 (mostly without success). Much of his time on ESEA was with Exertus, who have since disbanded, but did produce players who went on to gain prominence, such as Mike ‘Shroud’ Grzesiek and Jaryd ‘Summit1g’ Lazar.

Many thanks to Kotaku.