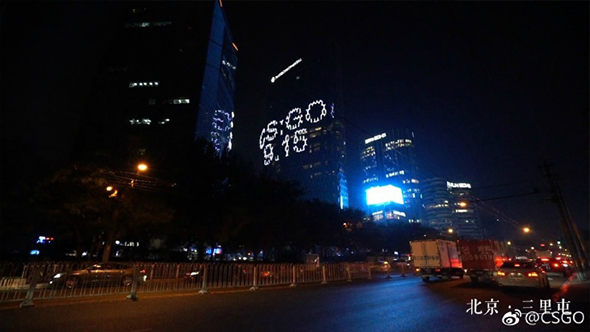 China’s online gaming scene is indescribably massive, and the official release of one of the most popular games on the esports scene over there is a cause for fanfare. So much so that cities across China are lighting up in honor of the upcoming release of Counter-Strike: Global Offensive.

Check out our tips for getting better at CS:GO.

It seems that at least six cities put up the promotional lights, including Beijing, Shanghai, Guangzhou, Shenzhen, Chongqing and Nanjing. According to some helpful translation on Twitter, the wording translates to “I’m ready.” You can see more of the images here. 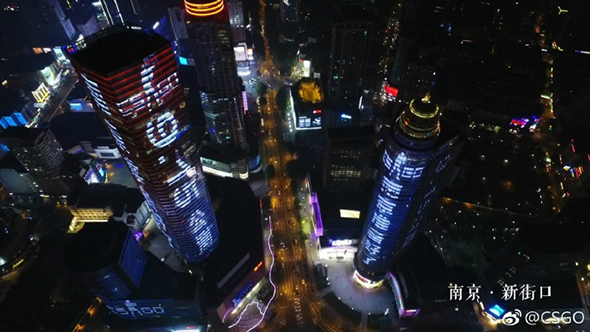 We’ve been hearing about various forms of CS:GO becoming available in China for ages, and it appears this is the start of a free-to-play release aimed at competing against a similar Asian shooter called Crossfire. 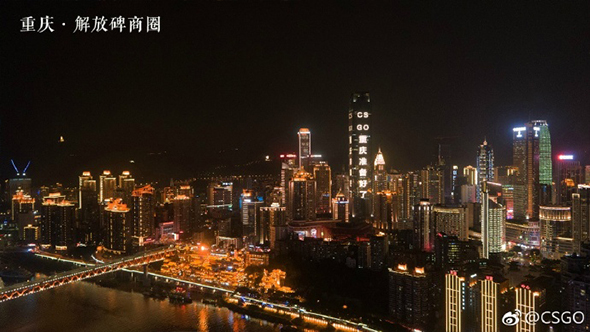 This Chinese launch is being handled by publisher Perfect World, who previously partnered with Valve for the official Chinese version of Dota 2. Reports paint this version of CS:GO as somewhat censored to adhere to Chinese law, but it’s doubtful those concerns will do anything to dampen the game’s popularity there. It will run exclusively through the Perfect World launcher. Yes, Western players, read that again. A Valve game running on something other than Steam.