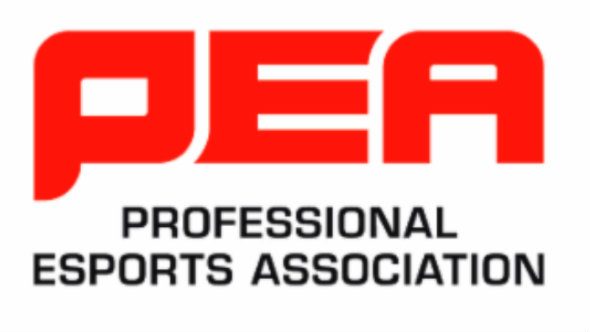 Update: January 5, 2017: the PEA look set to withdraw from participating in Counter-Strike altogether.

It is believed that the PEA, an eSports organisation and league supposedly founded to empower players, will withdraw indefinitely from participating in Counter-Strike: Global Offensive, one of the world’s biggest eSports. This follows a vote by CS:GO players which indicated they would rather compete in the EPL, a rival league.

The news comes via Slingshot, who cite “sources with knowledge of the vote”, and Scott ‘Sir Scoots’ Smith, an eSports personality who is coordinating the players’ action against the PEA. According to Scoots, the vote went overwhelmingly in favour of the EPL:

The players have chosen to play in EPL over PEA. Six teams voted unanimously. I will be making a more detailed statement tomorrow.

This is just the latest twist in an ongoing dispute between the PEA and the players they need to compete in their league, the empowerment of whom they claim as their raison d’être.

Update December 24, 2016: Fellow TSM playerRussel ‘Twistzz’ Van Dulken has said the squad will not be split up after owner Andy ‘Reginald’ Dinh removed Sean Gares from the CS:GO team following a dispute over players rights.

The 17-year-old player made thestatementsthroughTwitchearly this morning saying he was “not playing without Sean” and that “us 5 are sticking together, theirs [sic] no way we are splitting up.”

The statements come after Gares announced he was being replaced on TSM for failing to talk to Dinh before putting his name to an open letter criticising the team owner organisation PEA, of which Dinh is a member. PEA has also issued a response to the letter in the past 24 hours, published by Immortals CEO Noah Whinston.

In the letter, Whinston addresses the main point of contention for players being their inability to choose to compete in the ESL Pro League (EPL) and, instead, are being forced to play in the PEA’s own league. This clash created an awkward negotiation between PEA member teams and the ESL-affiliated WESA which was set up as a similar team-owner-led organisation to ensure certain standards were kept across CS:GO eSports.

“The PEA attempted to negotiate a compromise with WESA around ESL Pro League to lessen the problem of over-saturation,” Whinston says. “This compromise would involve North American teams playing in a PEA league open to all teams, independent of affiliation with PEA, while the EPL would continue to operate in Europe. The top teams from each region would meet in a co-produced LAN final.

“This system would function identically to the current EPL structure, except with much more prize money available to NA players in the new PEA North American league compared to the pre-existing WESA North American division. I and other owners presented this compromise to our players in conversation and received positive feedback. WESA declined our proposal, making a counter proposal that reserved the large majority of revenue for WESA member teams.”

Of course, not one to let a good incomprehensible reply chain go to waste, WESA have added their own two cents to how this negotiation progressed.

“PEA’s compromise offer by Jason Katz boiled down to us terminating the NA division of the ESL Pro League,” the WESA statement begins. “We politely declined that offer.

“In the talks with PEA, we offered to give all teams and players, including the PEA teams, in the league a significant part of the revenue (not profit) of the league,” it continues before taking a savage turn at the end with: “As the letter written by Noah Whinston on behalf of PEA is wrong on many accounts, we want to invite all players of Pro League, PEA or not, and their representatives, to go through the offer together with us to get the information first hand.”

We wonder what Drama Clause is saving back for Christmas Day.

Update December 23, 2016:TSM’s owner, Andy ‘Reginald’ Dinh, has removed player Sean Gares from the squad following the PEA letter and #playersrights movement on Twitter, citing a lack of trust. Meanwhile, several players have admitted they did not fully read the letter penned by Scott ‘SirScoots’ Smith before it was sent, but do agree whole-heartedly with the sentiment.

Not wanting to be out-done for the year, Counter-Strike: Global Offensive is making sure we don’t forget about it over Christmas. After the letter was revealed yesterday, as covered by us below, players, team owners and others have all made statements. Sean Gares has been removed from TSM by Andy Dinh, who says that Gares and others never made an attempt to talk to him about the issues. Dinh has also said that PEA is “likely going away now” while Gares denies that he didn’t speak to Dinh. Scott Smith has separately tweeted that players not reading the letter in full isn’t the point, and the PEA is “trying to break up the #playersrights movement” by singling out players.

It is, as you might imagine, a bit of a mess. Here’s a timeline breakdown:

In the meantime, various other personalities, team owners and players have made statements and tweets. There’s a regularly-updated Reddit thread that has major responses from the owners of teams Complexity, Counter Logic Gaming and Cloud9, as well as further statements from Scott Smith. Uninvolved parties, like Evil Geniuses’ new CEO Peter Dager, have also been commenting on the situation. Outside of the TSM situation there isn’t a lot of specific public talking going on – probably for the best – but expect the situation to continue to develop over the holiday period and likely keep rumbling into next year before it can be resolved.

Original story December 22, 2016:The professional eSports association (PEA) are allegedly forcing professional CS:GO players out of the ESL Pro League (EPL), according to an open letter by the players. In the attendant Reddit thread, one player claims unionisation is “in the works.”

The PEA was founded in September this year as an “association of top teams running their own league and sharing the profits and the decision-making with the players,” said Jason Katz, PEA commissioner, at the time. “This has been the architecture of traditional major sports leagues for many decades, but it is a new evolution for eSports. This will allow us to finally build a stable, healthy, long-term environment for the players, the community, the media and the sponsors.”

The project had the support of Cloud9, Counter Logic Gaming, Immortals, Team Liquid, Team SoloMid, NRG eSports and compLexity Gaming, seven of the biggest eSports teams in the world, along with their players. Players from five of these seven teams (not including NRG or compLexity) have signed this open letter, which suggests that the reality has fallen very short of this worthy goal.

The pros allege that the PEA was organised so it would be possible to out-vote player representatives when making decisions, and when they heard rumours that the PEA and EPL had had no discussions to ensure they wouldn’t conflict with one another, and that they might consequently have to withdraw from the next EPL season, they contacted eSports advocate Scott ‘SirScoots’ Smith to voice their concerns. 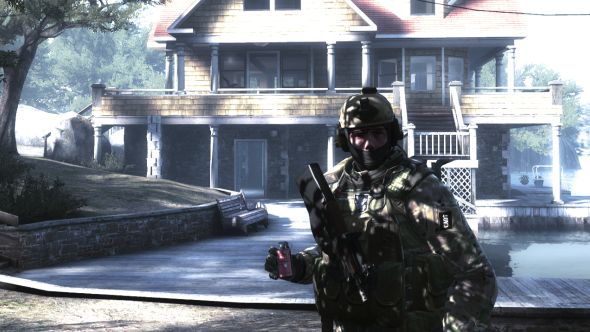 The PEA reacted by trying to convince the players to withdraw from the EPL, and when that didn’t work, bluntly told them that they could be contractually forced to do so. “This came as a shock,” say the players. “Our owners had always given us the clear impression that we held the final say when it came to where we competed. In a profession where so much of your income depends on your performance and brand exposure, being able to choose where you play is vital.”

The players pointed out that the PEA’s new position contradicted everything that had been promised when the organisation was founded, to which Katz apparently replied: “Things change.”

So if the letter is accurate, the PEA is trying to strongarm its players into competing in its league exclusively. This would be a direct contradiction of the following tweet by Andy ‘Reginald’ Dinh, co-founder and CEO of Team SoloMid:

Just to be clear. We have no intention to be exclusive and are working with ECS on a multi-year agreement.

The players thought the PEA would work to ensure its schedule would cause no conflicts with other leagues, and even that participation in it would be voluntary. It seems none of this, nor player involvement in decisions, has happened.

You can read the letter in full here. Naturally it has been posted to Reddit, where the biggest news from the attendant thread comes from CounterLogic player James ‘hazed’ Cobb. Asked if the players are going to unionise “after a situation like this”, hazed replies: “In the works.” He declined to answer whether this would be across games or just in CS:GO.

There’s no response from the PEA yet, but here’s their launch announcement, so you can see what they promised. Player representation in decision-making is mentioned, as is profit-sharing.

{"schema":{"page":{"content":{"headline":"PEA likely to withdraw from CS:GO as players overwhelmingly vote to play in EPL","type":"news","category":"counter-strike-global-offensive"},"user":{"loginstatus":false},"game":{"publisher":"Valve","genre":"FPS","title":"Counter-Strike: Global Offensive","genres":["FPS","esports"]}}}}