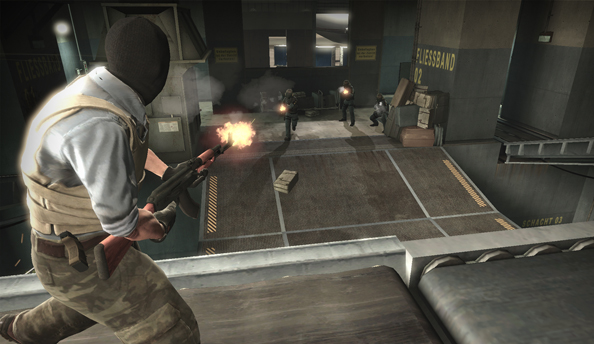 Finnish EDM producer Darude, who will always be associated with Sandstorm no matter how bitterly he swims against the tide of strangers bellowing “DUDUDUDUDU!” at him in the street every day of his life, no matter how many subsequent albums he makes to distance himself from that one career-defining three minute siren-rave, is making a custom sound pack for Counter Strike: Global Offensive.

Veteran producer Ville Vartinen announced that he’s been working with Valve to create a sound pack called ‘Moments,’ to coincide with the release of his new album of the same name, via Reddit. As one might expect, the response game was strong:

The sound pack currently has no expected release date, although the Moments LP is already available. There is some precedent here: deadmau5, aka Joel Zimmerman, produced a custom sound pack for Dota 2 just prior to The International.

Crucially – crucially – it’s unclear yet whether the Moments sound pack will include any audio from Sandstorm itself. In fact, the very fact it’s named after Darude’s most recent album strongly suggests it won’t. On the other hand: just give us Sandstorm for every single sound cue, Darude. I want to hear those iconic synth stabs when I buy kevlar. I want to hear them instead of footsteps. The internet wills it so.

It won’t make you any better at the game, of course, but our CS:GO tips guide just might.