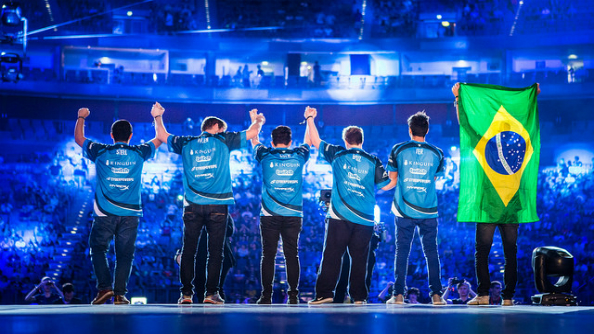 Last weekend Cologne played host to the biggest Counter-Strike: Global Offensive event in history. Part of the ESL One series, over 11,000 people visited per day, and over 27 million people watched for nearly 34 million hours (cumulatively – that’d be mad otherwise). Event organiser ESL – and winning team Fnatic – deserve a big pat on the back for a job well done.

But perhaps more momentously, the event was the first to implement the organisation’s newly announced anti-doping measures. How does anti-doping actually work at an e-sports event? We’ve prepared the following specimen to answer just that question.

As Eva Bunthoff, public relations director for the National Anti Doping Agency (NADA) in Germany, explains, the measures to tackle the problem include more than just cup-peeing. “We want athletes to say no to doping, and this can only happen when they are educated.Therefore we are setting up a prevention and education program especially for e-sports players. What we did in the last weeks was help the ESL to inform their athletes. We have, for example, different videos that explain what doping is, the prohibited substances, what are doping traps, etc.” 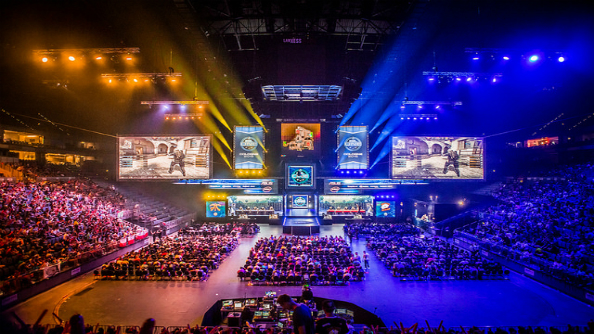 The approach also makes use of one thing that e-sports players already love: angry swearing. No, wait – games. It’s games. “We have a game called Born to Run where players have to make a choice consciously if they dope or if they don’t,” explains Eva. “If in the game they are taking prohibited substances on purpose they can run faster, they become stronger… but they are also tested and banned and their performance is getting worse and worse. So they directly get to know the consequences.” It probably won’t be topping the charts any time soon, but if you’re interested the game is on the App Store and Google Play right now.

But back to what we’re all really here for: the cup-peeing. And, both shockingly and disappointingly, there wasn’t any – players were randomly tested via saliva sample How many ended up leaving a little part of themselves in Cologne? “We won’t reveal the number of players we’ve tested,” says Anna Rozwandowicz, the ESL’s head of communications. “We want to avoid publicizing any information that could give people some kind of base to start calculating the odds for how likely it is that someone will or will not be picked to undergo a test.” Good thinking, that. 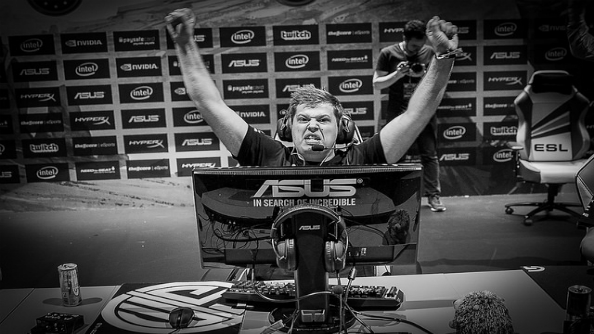 The tests were was administered by one of four doctors hired for the event, and behind closed doors (that’ll change as soon as hardware manufacturers start sponsoring the cotton swabs). We’re told that everyone was very cooperative and, pleasingly, the randomised testing resulted in negative results for all. Hooray! So… everything’s rosy in the garden?

“We’re the first e-sports company to introduce doping control at our events and we know we have a lot to learn,” says Anna. “Clean e-sports and fair competitive ground for everyone in our tournaments will always be the first priority, and we have to keep in mind that changes don’t happen overnight. Taking the WADA list of prohibited substances, for example, caused a massive backlash from the community that is convinced we should create our own, e-sports-specific list. But it’s easier said than done. Creating our own list is important, but it has to be done right – it’s not just a matter of simply crossing a couple of substances from the list.” And so the fate of Mountain Dew is still uncertain…

As with all sports, attempting to catch out the cheats is an ongoing process – if Lance Armstrong has taught us one thing, it’s that people love wearing colourful wristbands. And if he’s taught us another, it’s that people can be very good at hiding their wrongdoing. “We will definitely continue working on improving the existing policy and execution of it – having taken these first steps last weekend, we’re confident that the partnership with authorities like NADA and WADA will help us create the best policy we can have.”