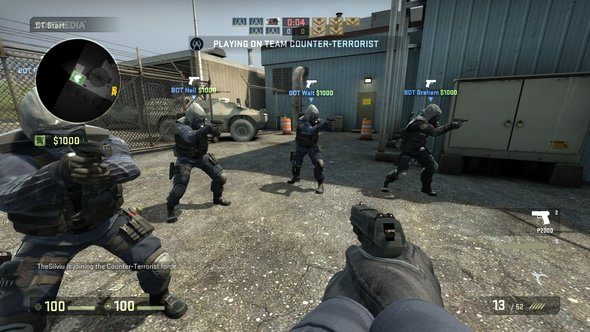 Yes, you read that correctly, it’s the news you’ve all been waiting for, CS:GO will be getting some new sets of gloves. The new skins were revealed by an industrious redditor earlier today and confirmed by another member of the community, who very kindly trawled through the game’s files and found the new items in a file titled ‘pak01_dir’.

Get console-savvy with our list of the most useful configs and commands for CS:GO.

I’m being a little bit facetious here of course, but this is a fairly big deal when you consider that CS:GO pretty much exists because of its behemoth item economy, with knives and gloves being particularly coveted. It’s reasonable to assume that the new mits will make an appearance in either an openable case or as part of a fresh operation. Either way, your hands will no longer get cold when lining up your AWP kills.

If you’re one of the seven people in the world who still don’t own Counter-Strike: Global Offensive, you can grab it on Steam for just $14.99/£11.99. You can also join in the discussion over at the original reddit post or check out the items for yourself here.