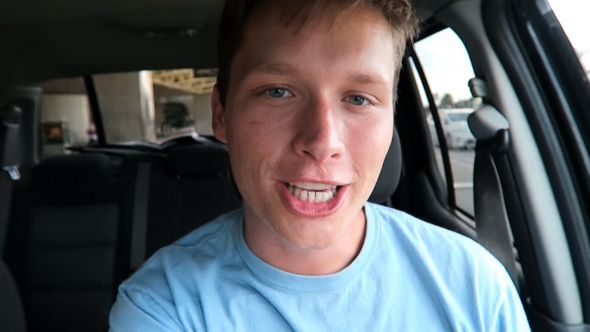 Update July 28, 2016: We reached out to HonorTheCall, the YouTuber making claims about TmarTn offering a bribe to kill the CSGOLotto scandal story, asking if he could provide proof of the accusation.

By email, we asked if he would be willing to respond to TmarTn’s comments that the email isn’t real, we also asked why there was a red padlock in Gmail, making it seem like the address isn’t verified, and if we could be sent some proof –  a forwarded version of the email, or further screenshots that prove its validity, for example.

CSGOWild and FaZe clan were also implicated in the scandal.

YouTuber HonorTheCall replied, “[I’m] releasing the full Skype logs from TmarTn conversation plus this email’s header. The video will be up tonight.”

The video has been published, however it simply states that he is not releasing any further logs or email evidence while seeking legal counsel over accusations that he is in breach of privacy laws.

Original Story July 28, 2016: With everyone deep into lawyer mode andValve cracking down on gambling sites, most of the chatter around YouTubersTmarTn and ProSyndicate, the CSGOLotto betting websitethey own and the surrounding scandal has died off. However, a new video from HonorTheCall, the YouTuber who originally broke the story, includes an accusation that TmarTn attempted to bribe him to take his video down. TmarTn has denied this on Twitter, and made it clear that he thinks believing the emails are real is laughable.

Here’s HonorTheCall’s new video, which goes over the early history of his videos about CSGO gambling and interactions he had with various individuals regarding it.

TmarTn’s response comes in a couple of tweets, both of which say the email isn’t real.

@joaopedrovepd that is not a real email lol

If you really think that email is real…… lol

As you can see in the video, the email has a red padlock and question mark next to the sender information. 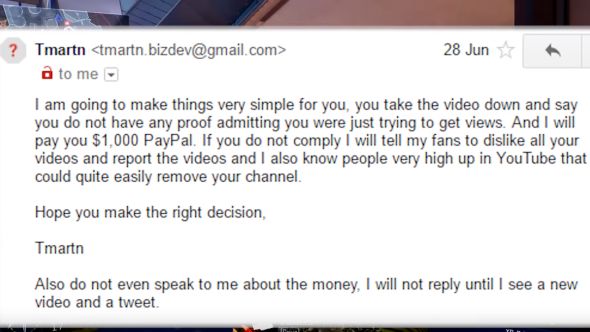 According to Google’s support article, this means the email is not authenticated and they can’t tell if “the message is coming from the person who appears to be sending it.” Also according to Google, this could happen to a legitimate account but only if it was sending large amounts of mail to multiple addresses, which obviously wasn’t the case here.

We’ve reached out to both TmarTn and HonorTheCall about the email and these discrepancies.