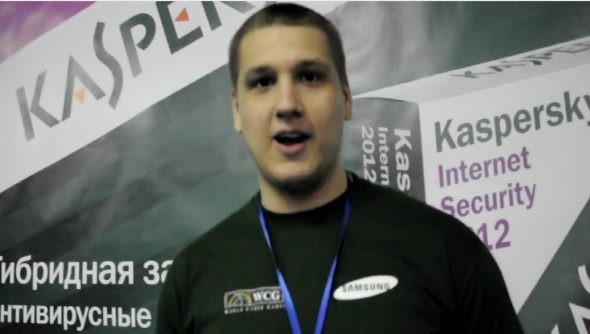 I just stood up from my desk to do a wee. Calculating the cost: the electricity, the water flushing, the time away from my work, it probably amounts to a penny or two. When Ukranian e-sports team Na’Vi’s captain went for a wee during semi-final, his micturition cost his team a little bit more.

It was the semi-final of the Intel Extreme Masters 5 tournament, Na’Vi vs mTw.dk. Counter-Strike 1.6, the manliest of all e-sports game. You don’t treat a CS tournament like The Dude’s carpet and wee during the terrorist tete-a-tete. Liquid needs to be carbonated and caffinated in the world of e-sports. The rules are clear: you leave the stage without permission you’re subject to sanction.
No-one told Zeus’s bladder that. Admittedly bladders and humans have suffered some major fallings out in the past, but little did we realise that relations had gotten so sodden that a bladder would pull this trick: Zeus was focussed, his team en route to the final. Then the damn bag of urine made its move and began poking his insides. Zeus, probably as manly as men come, couldn’t hold it in. Imagine the Thames barrier in risingtide: the pressure building, the water swelling… he left the stage, his bladder probably gurgling in bladderly laughter with every step. He might not have won the war, but he did strike a blow for bladders everywhere.