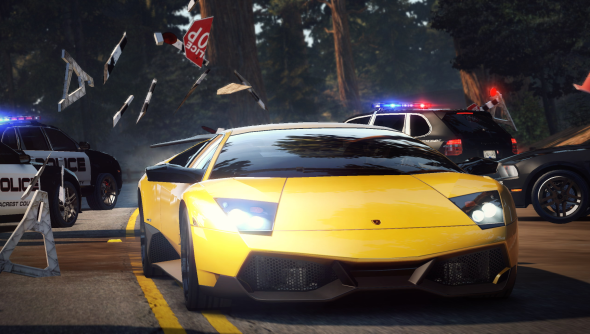 As Criterion redirects itself to a non-racing game project they’ve seen most their staff relocate to Ghost Games. The team there are working on Need for Speed: Rivals. That leaves Criterion with just 17 staff. They’re currently prototyping a new game project which they’re keeping very hush hush about.

This is speculation but the tone of the tweets suggests that Criterion wanted to get out of developing Need for Speed games for EA and that the cost was that the bulk of their team would be moved to another studio to continue work on the IP.

Criterion are still backed by EA and so is likely in a strong position to prototype a new IP.

We’ve reached out to Criterion to try and find out a little more about their new direction and their new project.