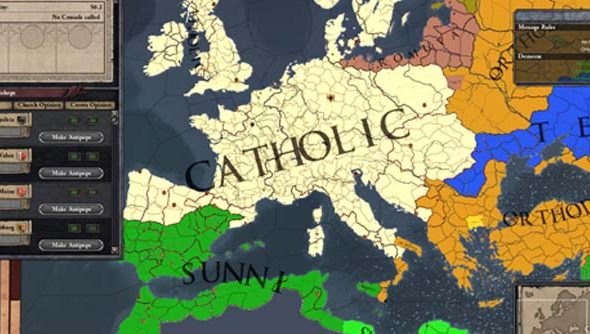 While the previews and reviews of Crusader Kings 2 were glowing across the board, it’s the train of patches and their accompanying notes that have best conveyed the depth of the European regal history simulator. For instance, “Homosexual characters no longer get the ambition to get married” shows something of each game character’s complexity but also Paradox’s wish to hop in and change the code to clean this blemish on the game’s verisimilitude.

Check out the patch notes below to see more of these great nuggets of depth.

Here are the full notes, I’ve highlighted the ones I think are the most interesting: