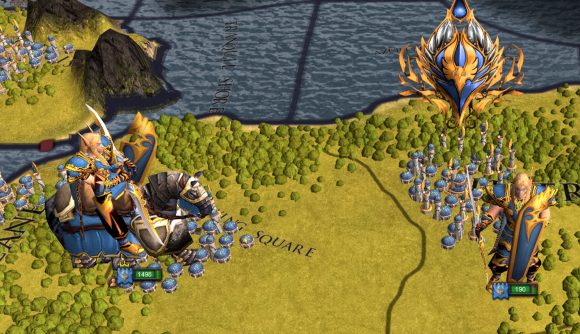 As Warcraft celebrates its 25th anniversary this year – and a host of major releases launch in support of those celebrations – you might be experiencing a little Warcraft fever. Luckily, Warcraft: Guardians of Azeroth is here to help you get your fix. The long-running mod brings the lands, factions, and classes of Azeroth to Crusader Kings II, and it’s just gotten a major new update.

Guardians of Azeroth is a global mod for CK2 that brings every nation of Azeroth’s four continents to you. The mod focuses on the classic Warcraft setting, as shown in the original strategy games and World of Warcraft Classic. Of course, you’ll have plenty of opportunities to screw with the established lore by taking command of your kingdom of choice and leading it to greater heights.

The newly-launched 1.4.0 update adds a host of new features to the mod, including Warcraft-appropriate diseases like Devouring Plague and Frost Fever. Druids can now plant world trees, Shath’yar can now corrupt them, and most groups can now burn down those trees after a siege.

It’s a lot of minutiae aimed at filling out the experience, and you can see more in the full patch notes.

You can head to ModDB to download and install Warcraft: Guardians of Azeroth in full. It’s a modest 428MB, so it shouldn’t stress your connection too hard.