It’s like Crytek found my secret list of things that would make Crysis 3 better: a new DLC for the game will be adding a boat oar as a weapon. Getting a kill with the nautical club in a multiplayer match will see you earn an achievement called “Totally Oarsome”. Yup, top of my list was “Add puns”.

News of the new DLC was picked up by a recently updated achievements list for the game. After it’s list of the standard achievements found in the vanilla game came a list titled “DLC: TBA” 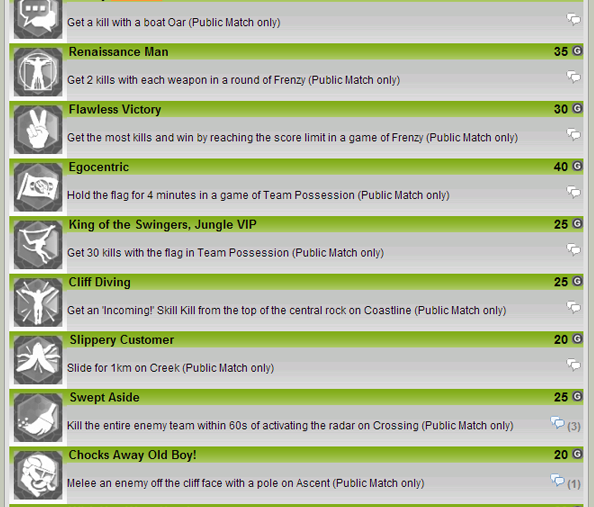 It looks like the DLC will come with four new maps – Creek, Crossing, Ascent, and Coastline – as well as two new game modes, Team Possession and Frenzy. The new mode sounds like you’ve got to hold a flag for a collective period of time to win. A little like a mobile King of the Hill. As to Frenzy, I’d speculate that every players’ weapons switch at regular points during the match.

There’s no word on the release date or title of the new DLC but we’ll keep you updated.