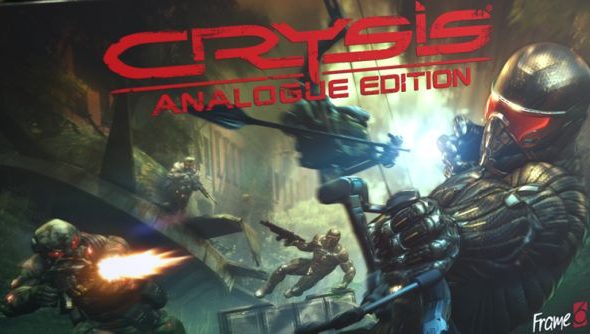 Crytek have teamed up with Frame6, and headed to Kickstarter in an effort to fund a board game based on the popular nanosuit FPS, Crysis. While the design of the game is pretty much “ready for production”, Frame6 is looking for €85,000 to help find a factory to mass produce the board game, ready for sale.

The game hosts between two and eight players, who take control of both the CELL and USF soldiers. By using terrain, weapons, maneuvers, tactics and of course the nanosuit, each player must eliminate the enemy to win the game. There’s also a CTF variant game mode.

Here’s a basic overview of the game in action:

If this tickles your fancy, head on over to the Kickstarter to find out more details about the board game.