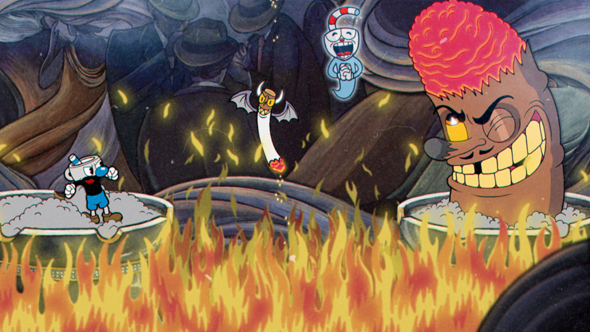 If you think Cuphead looks like the sort of game you’ll be playing over and over again, you’re in luck: there will be a New Game+ mode for you to play through once having completed it. Presumably, that will let you go back through with all of the weapons unlocked from the beginning, and with much tougher enemies to match.

For everything else Gamescom 2017, here’s all the PC news we’ve covered.

This comes from Cuphead’s showing at Microsoft’s Gamescom conference, where Maja Moldenhauer from Studio MDHR confirmed that New Game+ was one of the “modern nods” Cuphead takes to add something on top of its retro influences.

It’ll also give you infinite lives so you won’t be starting the game from scratch every time you die (something Crash Bandicoot could have done with), a save system, and a revive system in co-op to make things a bit less punishing for everyone involved.

Above, you can check out the trailer shown alongside this, which shows gameplay of a bunch of the bosses from the game. My favourite is the cigar.