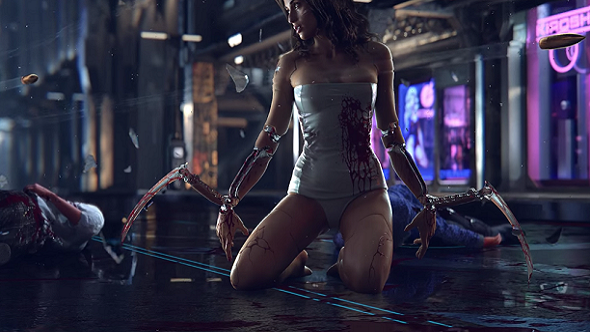 CD Projekt Red recently filed a trademark for the word “Cyberpunk”, which caused internet detectives to start theorising about how this could be misused, despite the fact the company filed for the same trademark in the US in 2011. Because of this speculation, CD Projekt Red have released a statement.

Here’s everything we know about Cyberpunk 2077, which is more than you might think.

First off, CD Projekt say they won’t use the trademark offensively, and they call it a “self-defence measure only”. Basically, they want to stop people camping on names for possible sequels and expansions. If someone else took ownership of the trademark they could hold the Polish company to ransom, essentially.

Obviously, with the name being Cyberpunk, this trademark filing has got people worried. However, trademarks don’t cover a genre or a setting, they only cover naming conventions. In other words, CD Projekt Red will only need to enforce the trademark if a game creator, for example, wanted to make a game called ‘Cyber Punk’, or something similar.

They’re only concerned if it could potentially cause confusion with customers. So stuff like, ‘Tom’s Cyberpunk Quest’ would probably be fine. There’s a free game name for you, game developers. It’s all yours.

Check out the full statement in the tweet embedded above.