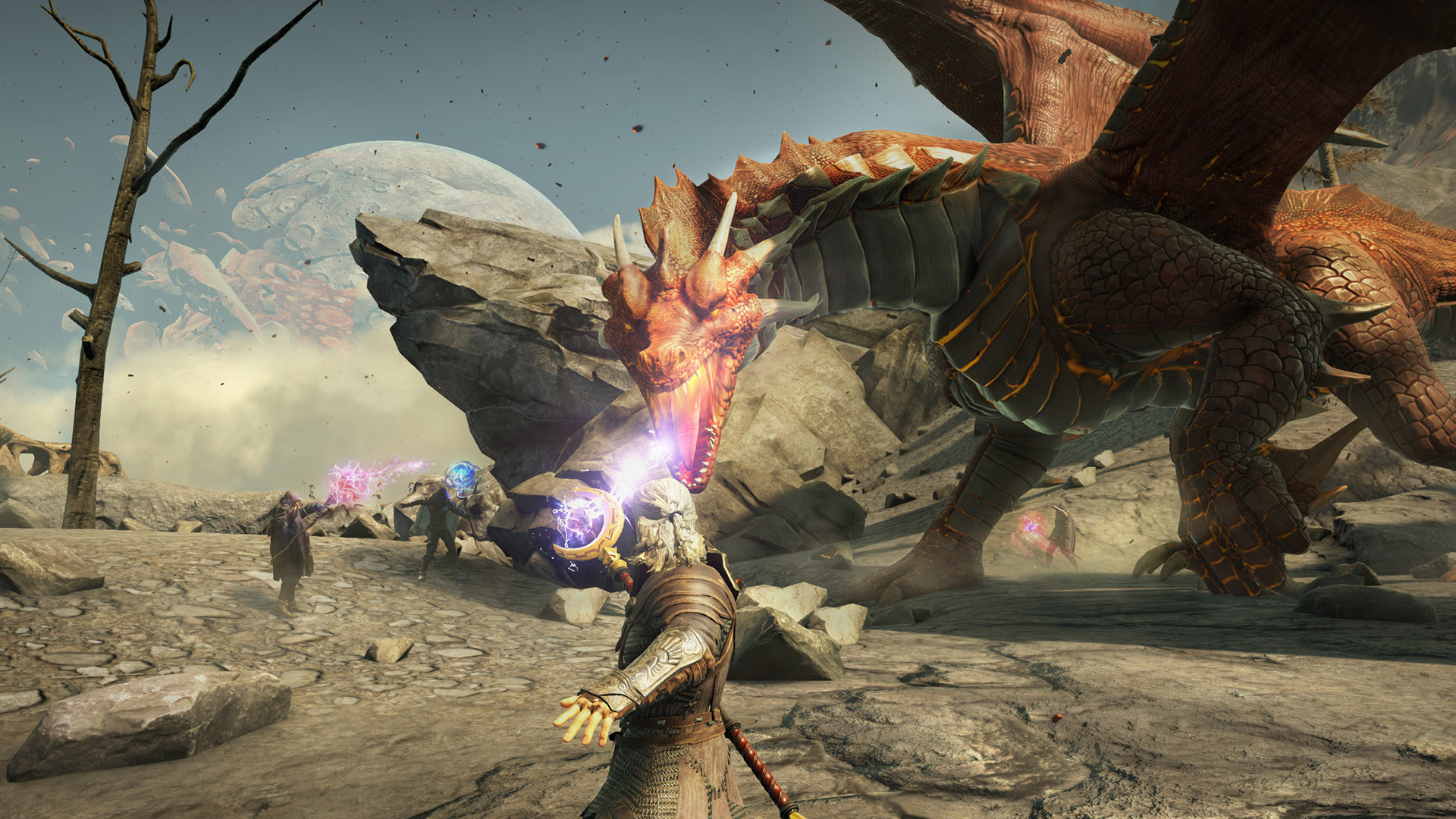 Dark and Light is a reimagining of the 2004 MMORPG of the same name. Developed by Snail Games, it’s a sandbox fantasy RPG with survival elements “set in a world dominated by powerful elemental forces.” It’s currently a top seller on Steam, and has been picked up by some pretty big streamers, including Elloheim. It’s available now on Steam Early Access, and while it hasn’t had the easiest of release periods, it’s begun to nurture its own reasonably healthy community.

While you’re here, why not check out our list of the best survival games on PC?

Dark and Light shares a significant chunk of its DNA with Ark: Survival Evolved, for better or worse, and that’s something that hasn’t escaped the attention of a significant number of its players. Many are praising the new direction the game has opted for but many others have claimed Dark and Light is nothing more than a reskin of Ark.

There are some major differences though: For one thing, dinosaurs are out, replaced with dragons and other mythical creatures including griffins and unicorns. There’s still a heavy emphasis on building, crafting, and taming your own collection of animals in Dark and Light. However, the spears and arrows of Ark have made way for the arcane, as a significant chunk of the combat stems from the players’ magic ability. Swords and bows do make an appearance too, but they seem to be a much less satisfying aspect of the game at this point in development.

A busy launch has caused some problems for the game, which has sold over 80,000 copies in the last two weeks. In their update ‘The Archos Herald’, the developers confess that “we weren’t prepared for the number of players that were coming in, and we didn’t quite have enough servers to handle everyone.” This initially resulted in a lot of negative reviews on the game’s Steam page but its community rating now seems to be bouncing back.

Dark and Light seems to have grown its community out of those who have become disenfranchised with Ark, and are looking for a new experience. That said, many of the pitfalls attached to Early Access appear to be rife, with some players complaining of lag, server issues, and a variety of bugs.

Obviously, Dark and Light has some way to go before it poses any real threat to the likes of Ark. But if it does manage to successfully traverse its anticipated 12 months in Early Access, it could prove to be an imaginative new take on the survival genre, held up by a decent-sized player base.

If Dark and Light sounds like your kind of thing, you might also be interested in Citadel: Forged with Fire. It’s similar survival fantasy RPG fare, but with a bit more of a Skyrim meets Harry Potter vibe. You can check out its Steam page here. Alternatively, check out our list of the best crafting games on PC.