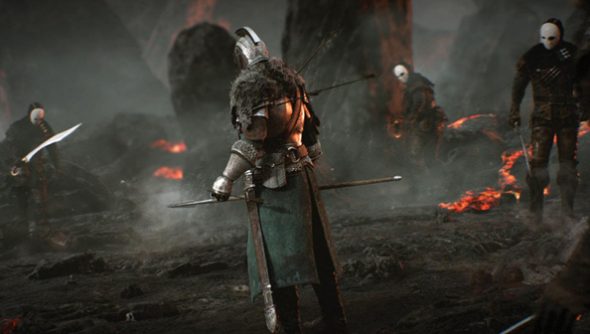 Never has such a bad port had such a forgiving reception as with Dark Souls, From Software’s interactive abject cruelty service. At the time, the developers freely admitted that they really hadn’t the foggiest how to go about this PC development thing, but were doing it anyway – and the world replied with a collective, “Oh, you”.

They won’t get a pass quite so easily next time. But according to new series director Yui Tanimura, they won’t be applying for one.

In its journey to PC, the original Dark Souls withered under three successive curses: a capped framerate, forced 720 rendering, and Games for Windows Live. Tanimura told Shacknews via a translator that “a lot of it was not very well done – sort of half-assed”.

The same will not be true of its sequel. From Software have memorised the positions of PC porting’s deadliest enemies, mastered the strategies necessary to overcome its biggest bugs, and fired their shots early: this time, PC and console versions are being developed simultaneously.

“We will definitely put more priority on the PC,” said Tanimura. “Last time, we started working on PC after the console version was complete. This time, because we are considering the PC from the beginning, you can be sure there will be more care put into PC development.”

Dark Souls 2 will be released sometime in 2014. I’ll be the chap with the missing head napping on the field of battle.