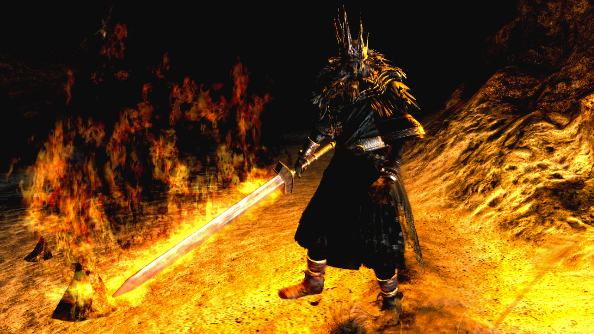 Six weeks ago the ‘Twitch Plays’ trend, where people attempt to collaboratively play games on Twitch by shouting commands in the chat, decided to take on Dark Souls. Back then, this probably seemed like an impossible challenge, and something to do purely for the laughs. However, 43 days, eight hours, 14 minutes, and 23 seconds later, the viewers of Twitch have actually managed to complete the game.

If you’re playing Dark Souls yourself, why not take a look at our Best Dark Souls mods?

The stream has, naturally, been a mess of deaths and mistakes, with the player character continually running into walls, falling into pools, failing to successfully climb ladders, and dying 904 times. The system of control input had to adapted to suit the Twitch Plays formula for them to get anywhere, with the game pausing to allow players to vote on what action was performed next. By making the game somewhat turn-based, players managed to defeat the first boss, and then continue on to finally bring down Gwyn, the Lord of Cinder.