If you’re looking to get more out of Dark Souls six years after its release then here’s some good news: modder Wulf2k has created a Boss Rush mode. As you’d expect, it lets you face each of the game’s bosses one after the other, without having to do all the busywork in between.

Make sure to check out the most essential mods for Dark Souls too.

The Boss Rush mod currently has two modes. The first is Regular Boss Rush which, as you can guess, let’s you face each Dark Souls boss in order. So you start off with the Asylum Demon, and after defeating it you’re warped to the Taurus Demon fight, and if you survive that you’re thrown straight into battle with the Bell Gargoyles, and so on. You can see that much in action in the video above. The only boss missing currently is the Bed of Chaos – hopefully it gets put in there soon.

The other mode is Reverse Boss Rush. Yep, it’s exactly the same as the Regular mode except you start with the final boss, Gwyn, and then work your way backwards through the bosses. If you don’t fancy either of those, however, you can also select a single boss and start wailing on them. Good for practising those bosses you haven’t yet mastered. 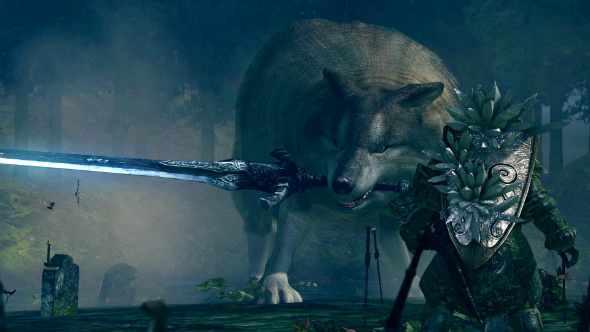 To get access to Boss Rush in Dark Souls you need to download this EXE file. From there, you’ll need to open Dark Souls, load a character or start a new one, then open the EXE file.

Before you download the mod, however, take heed of these warnings provided by Wulf2k in this Reddit thread. Firstly, if the EXE file is having problems then try running it as an administrator. That should fix it up.

But more importantly is this warning: “Don’t use a character where progress matters. The boss rush will mess with event flags and could leave your character’s world in an unfinishable state.”