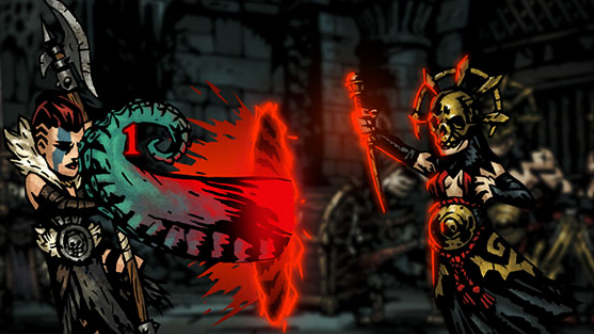 In July Darkest Dungeon was updated with the Corpse & Hound patch, and it made a lot of people mad. Specifically, lots of people don’t like the new heart attacks and corpses mechanics.

Developer Red Hook has heard those complaints loud and clear though, and have made the decision to have both mechanics as toggle settings, so they can be turned off if you find them really upsetting.

“We believe that corpses and heart attacks are important mechanics for the game,” said the developer in a Steam announcement. “ However, today we are introducing a set of gameplay options (accessed via the normal Options menu) which allows you to turn them off.”

“Just as we were willing to experiment by adding these features, we are willing to experiment with ways to allow you to shape the DD experience a bit to your liking,” they said. “As many of you know, we have been reluctant to add difficulty related options until now because focusing on our intended version of the game has been our number one priority and our experiments and changes during Early Access have all been in support of iterating on that. But it would be foolish for us to not consider the fact that the Darkest Dungeon community is now big enough to include diverse groups, some of which would like to play the game differently than we might have envisioned.”

Red Hook stressed that the features were still part of their “official” vision for the game, and that they would be ‘on’ by default. “This does not mean the features are the best they can be yet, but we feel they are important in context of the broader experience.”

Heart attacks occur when a character becomes too stressed out. Corpses means that now enemies do not vanish when they hit the floor, but remain as a solid dead body. This means enemies can stay in formation, at least until the obstructing corpse is destroyed.

“Although we’ve always been unapologetic about how important it is that Darkest Dungeon is punishing, unforgiving, and sometimes not even “fair”…at the end of the day we want those of you who own it to have fun and that can’t be forgotten,” summarised the developer.