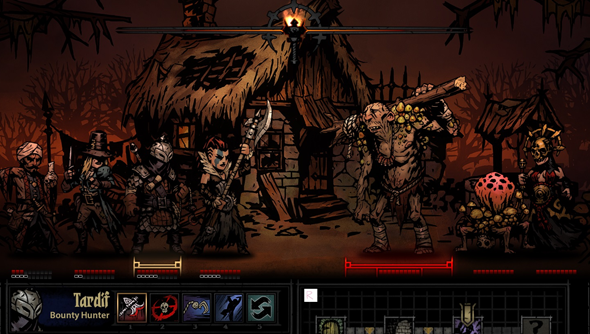 Red Hook Studios are having no luck getting Microsoft to remove a scam version of The Darkest Dungeon from the Windows Game Store. The game’s been listed in the store since at least Friday and despite contacting Microsoft it’s still available to buy.

@PCGamesN To be fair – I personally know @stiniuk reached out to the DD guys earlier today.

Darkest Dungeon has you send groups of adventurers into the sprawling catacombs of your ancestors’ estate. Down in the darkness they’ll fight through Lovecraftian horrors to exhume family heirlooms to bring back to town. I’ve been playing it all weekend and, once you accept you’ll die over and over again, it’s all kinds of wonderful.

The game in the Windows Game Store is not.

If anyone has a contact at Windows Game Store, please share. Somebody is scamming DD by selling it (illegally) on there.

The Microsoft listing claims the game was published by Balaji Chowdary and provides no means of contacting him. He’s also selling copies of Shadowrun: Dragonfall, Game Dev Tycoon, LEGO Batman 3: Beyond Gotham, SpinTires and Farming Simulator 2015.

On a related note, if you didn’t buy Darkest Dungeon on Steam or Humble Store right now, you got scammed.

We’ve contacted Microsoft to see if we can learn more.