Phoenix Labs have released the first major update for Dauntless, its free-to-play monster-hunting MMO. The update revamps the early game, providing a new tutorial to ease players into the game, a redesigned character customisation option, the game’s first seasonal event, and the last of the game’s placeholder art has been replaced.

Last we played, Dauntless showed a lot of promise but it wasn’t living up to its potential.

Acting on feedback from players in the closed beta, Phoenix Lab’s design director Chris Cleroux tells us the team designed a new tutorial area that puts players on to “a more explorative path.” The new tutorial is going to be updated through the beta, but it will give new players a better introduction to Dauntless’ systems.

“We saw an opportunity to educate players more,” Cleroux says about the update.

The team has also expanded the player creation process, adding a load of new hairstyles and makeup. Because the changes are so significant, Phoenix labs have given all existing players one free optional appearance reset.

Cleroux explains that the changes go towards the team’s end goal to “have everyone running around and feeling unique.”

The update also replaces all the placeholder art that has been on display in the beta with final artwork. This is going to be particularly noticeable to the players who have reached the end of what the beta has to offer, as the missing art affected late-game weapons. 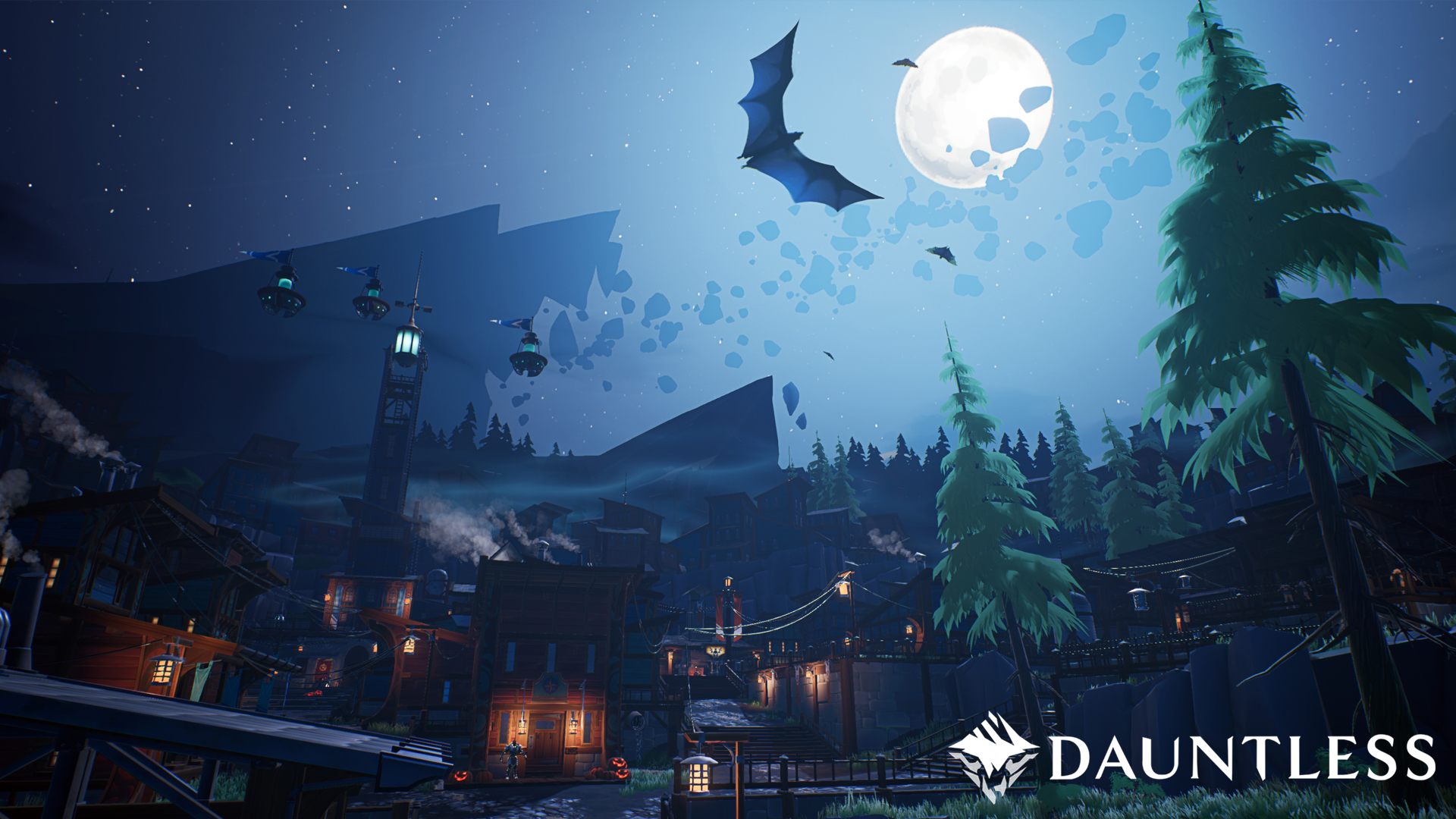 The update also sets up Dauntless for its first seasonal event: Dark Harvest. Cleroux says the team “wanted to seize the opportunity to dip our toe into an event. We wanted to do a nod to the players who have been playing with us a long time and to get some learnings about what players want from events. Dark Harvest is the first of many of our many planned upcoming events.”

Dark Harvest sees a cloud fit for Halloween fall over the Shattered Isles. Cleroux says that Dark Harvest will bring “new hunts, some really challenging hunts which should please players who are reaching the end of our content.”

There will be new cosmetics, banners, and emotes to collect too.

All of these changes are welcome updates but it’s the December patch you should look forward to the most. Bringing a new weapon class, two new behemoths, updated progression, and new combat abilities, it’s the chunky update that will hopefully address the shortcomings our own Ben found with Dauntless when he previewed the game in July.

The team talked about dodge attacks, strength attacks, and aerial attacks that will all give you greater choice in combat. Along with the new weapon type, which I was told would focus on pierce damage, these updates should liven up Dauntless’ combat. 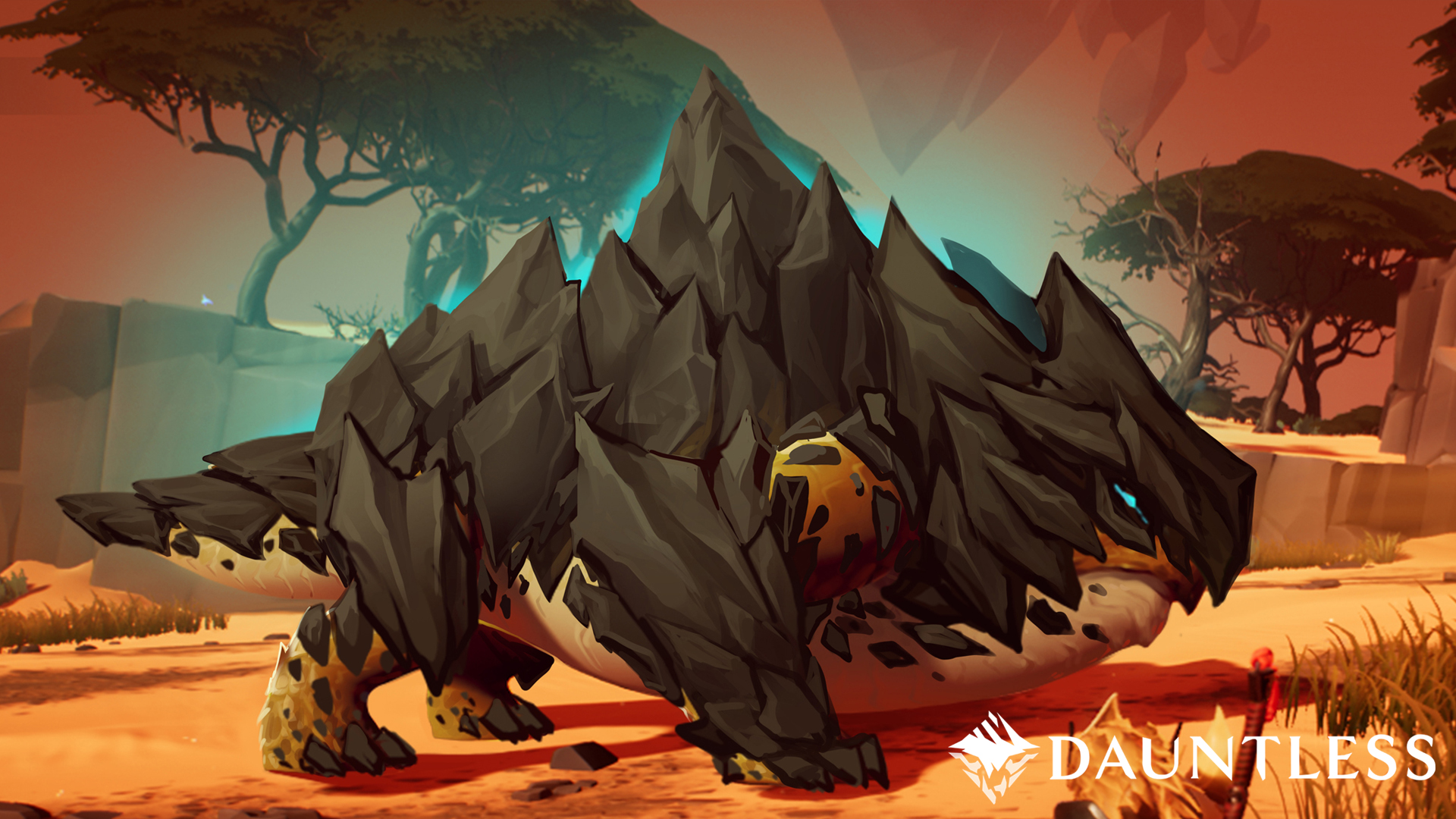 These new combat abilities and the new weapon type will come into play when battling the behemoths planned for the update. One of the beasts shown to us, a skarn, is covered in rocky armour that will need to be smashed off before you can hit it with pierce and slash damage. It will demand a full squad of hunters kitted out with complementary weaponry.

Phoenix Labs were only talking about what was coming, and were not yet in a position to show it off, but if they can deliver on what they have planned it could make for an excellent monster hunt.