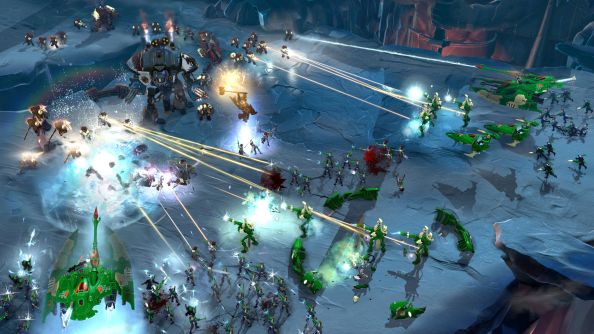 Dawn of War III is improving its modding tools, allowing its users freedom to have an impact on even more of the game. The changes were made as part of the game’s August patch.

The Dawn of War series makes it onto our list of the best strategy games on PC.

The incoming upgrade to modding tools was first announced on August 18, but it only went live yesterday, with the arrival of the new patch. In a community update, the developers say “we’ll also be releasing improved modding tools – including the Attribute Editor and the Tuning Pack.”

The aim of this move is to allow modders the opportunity “to re-imagine multiplayer balance, create new abilities or change existing ones, and build more detailed game modes to support them.”

As well as making more tools available, these new mods will also be available through the Steam Workshop, to allow players the easiest possible access to the new mods. If you want to get know more about the Dawn of War III modding scene, you can head to the game’s modding Wiki.