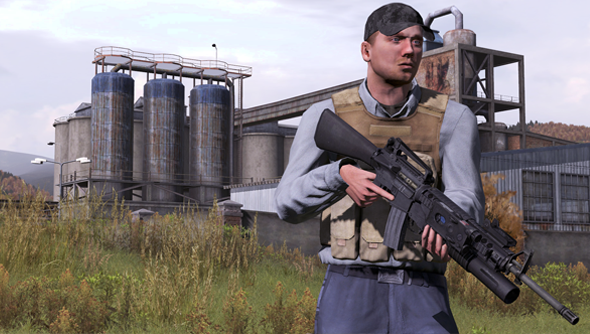 Dean Hall, the mastermind behind Arma zombie mod DayZ, has been talking to VG247 about the road towards releasing the stand-alone version of his celebrated game. His plan is to release the game in small stages, from alpha through to full release, to ensure that the central servers are able to take the stress of many players, rather than crashing on a single launch day. “I think players are allowed an expectation that they’re going to be able to play a game when you sell it. So I think that we have to do absolutely everything in our ability to ensure that happens” he explained.

To ensure that players will have a game that is guaranteed to work, Hall intends to release an initial alpha stage open to just a small group of people, and work up from there. “A staged approach is sensible. We’ll only give out keys as we have servers to adequately connect to them” he explained. It is all in the planning stages at the moment, but Hall has big ideas. “We might look at doing some kind of ‘developer supporters package’ which will allow you to do something like name a zombie or something like that. You’ll get the initial first access and we’ll limit the number of keys. That gives us a pool of people who are really committed to the development. We want to reward the people who really want to participate in the project.”

Rewarding people who want to become invested in DayZ is a major part of Hall’s plan, and the earlier you come on board the project, the less the experience costs. “We want to release DayZ with a very low price point and have it raise up at its different stages of development. So when it goes to beta we’ll raise it, and when it goes to full game we’ll raise it again.”

Those that want to wait for the full release with all the problems ironed out may see a reward for their patience in the form of a collector’s edition: “We can come up with a really super awesome collectors edition with a comic book and stuff like that for the release or maybe the beta, but for now we just want to get the game out there.“

The day of that initial alpha isn’t too far away, either. When work on the server client architecture is concluded, Hall will be pushing the button and releasing his first batch of keys for his primary group of survivors to make camp within DayZ stand-alone. No date was given, but he seems confident that it should be soon.

Hall’s noble intentions make up part of a wider landscape of developers releasing games in stages, which not only satisfies the game’s biggest fans – who can gain access to the title long before official release day – but more importantly allows the developer to assess the situation of their development so far, and use live testing areas to experiment with their build. The likes of Dota 2’s invites system and Arma 3’s low-price alpha are just two of many examples out there right now. It’s a system that’s not only catching on with the PC’s most niche games, but one that has caught the eye of big-name publishers too, with Square Enix recently announcing their wish to move towards a more consumer-interactive method of game design.